At least two state Congress leaders may to join the BJP in his presence today, sources said.

He was received at the airport by Assam Chief Minister Sarbananda Sonowal.

Union Home Minister Amit Shah today promised a social transformation in Assam's villages by reviving a Bhakti movement there so that young people do not take up arms. Towards this, he said, the government was extending a financial assistance of Rs2.5 lakh each to 8,000 "Namghars", the state's traditional Vaishnavite monasteries, that are over 50 years old.

"There was a time when separatists ruled the roost. The youth were given arms. Now all the groups have joined the mainstream and Assam has become part of the growth engine. The biggest success was the Bodoland accords. I am proud that in the recent Bodoland election, 80 per cent polling took place without a single case of bloodshed," Mr Shah said today at a public rally in Amingaon, Kamrup district.

"The Bodoland election...was only a semi-final. Now the final is ahead. In the Assam polls, we will have full majority. The Sonowal-Himanta combination has worked wonders for Assam," he said referring to the state legislative polls scheduled for April 2021.

He sought to evoke 16th-century Assamese cultural icon Srimanta Sankaradeva to recall the richness of the state's culture and history, which, he said, will give it a new beginning. He excoriated previous governments and leaders, including former Prime Minister Manmohan Singh, for not working on the state's development.

"Manmohan Singh was MP from Assam for 18 years, but could not solve the problem of eight thousand rupees oil royalty that Assam was supposed to get...we solved it," he said.

Mr Shah is in Assam today as part of his two-day northeast visit.

He landed around mid-night (December 25-26) at the Lokpriya Gopinath Bordoloi International Airport in Guwahati, outside which scores of folk artistes and hundreds of supporters had created a festival-like atmosphere on his account. 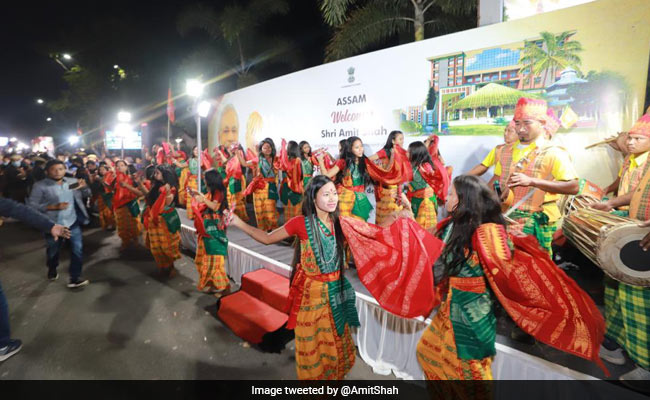 I wholeheartedly thank people of Assam for such warm welcome. pic.twitter.com/7E7oQMdE2k

He was received at the airport by Assam Chief Minister Sarbananda Sonowal. 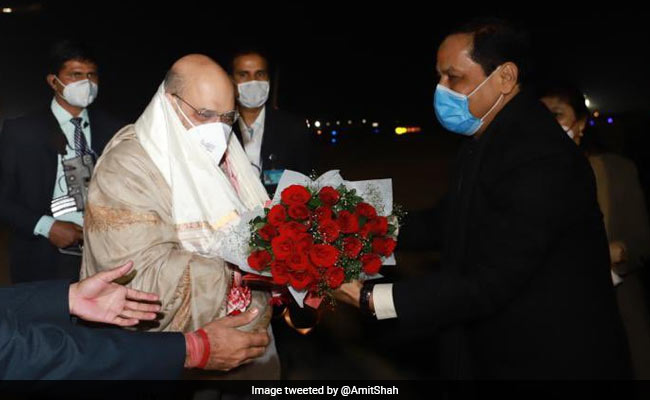 The financial grants to Namghars which he announced in Kamrup are part of his schedule in Assam which includes laying the foundation stones for the development of "Batadrava Than" as a cultural and tourist destination, a new medical college in the state capital, and nine law colleges to be established across Assam, according to ANI.

This is besides the preparatory meetings with party colleagues and workers to flag off the BJP's election campaign for the 2021 state assembly polls. Sources informed NDTV that at least two state Congress leaders are expected to join his party in his presence today - a minor repeat of what took place during Mr Shah's West Bengal visit on December 19-20.

In the second leg of his northeast visit, on December 27, the Union Home Minister will lay the foundation stones of the Churachandpur Medical College in Imphal, according to ANI. This is besides flagging of projects to build the state government guest house and the police headquarters at Imphal, the Manipur Bhawan in New Delhi, the Indian Institute of Technology at Muongkhong, and the Integrated Command and Control Centre City in Imphal, the agency reported.