PM Narendra Modi was sworn in for the second time in a glittering ceremony at the Rashtrapati Bhavan on Thursday, with 57 ministers.

Amit Shah (right) has been made the Home Minister in PM Narendra Modi's new cabinet.

Amit Shah, who led the BJP to a magnificent national election victory, will be Home Minister in Prime Minister Narendra Modi's new government, which establishes him as the new number two.

Rajnath Singh, who was Home Minister in the previous government of PM Modi, will be Defence Minister.

Rajnath Singh will get the Defence Ministry, while BJP chief Amit Shah will be the Home Minister

Nirmala Sitharaman will swap the Defence Ministry for Finance and Corporate Affairs, which makes her one of the leading firefighters of the government amid economic challenges. In a few hours, GDP numbers will give an indication of just how tough a job India's first full-time woman finance minister has at hand. 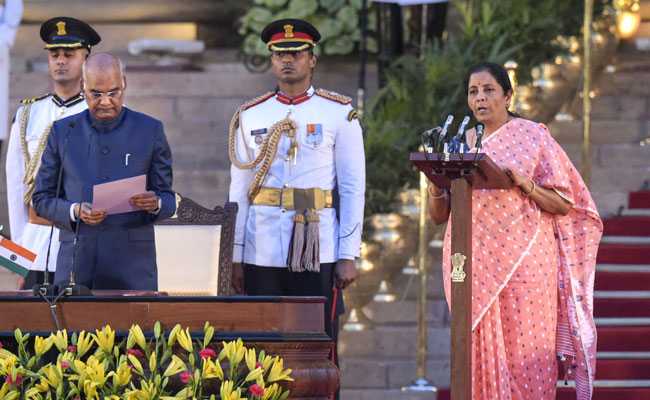 Nirmala Sitharaman's move to the Finance portfolio is seen to be a huge promotion and the big surprise of the portfolio announcements; many reports had suggested Amit Shah would take over the ministry after Arun Jaitley, who opted out of the second Narendra Modi government because of his poor health.

Career diplomat S Jaishankar, who was Foreign Secretary in the previous government, has been appointed the External Affairs Minister in his debut stint. He is acknowledged as one of the most brilliant minds in foreign policy and was a sounding board for PM Modi.

S Jaishankar, a career diplomat, will be the Minister of External Affairs

The Prime Minister will keep the departments of Atomic Energy and Space.

Nitin Gadkari retains his ministry of Road Transport and Highways and has also been allotted the Micro, Small and Medium Enterprises Ministry.

Smriti Irani, who was tipped to be rewarded with a high profile ministry for her incredible victory in Amethi over its three-time MP and Congress president Rahul Gandhi, will be Minister for Women and Child Development. 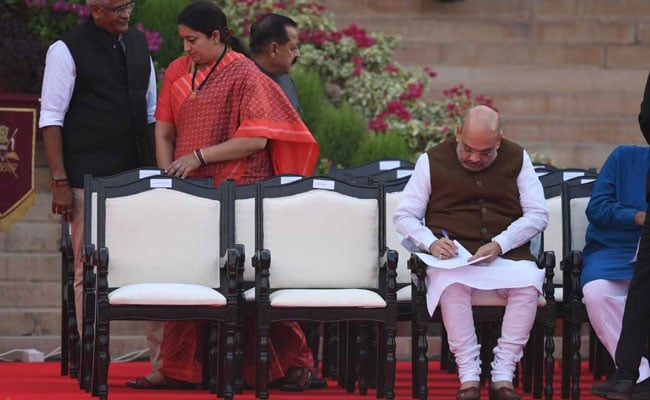 Smriti Irani will be Minister for Women and Child Development

Prakash Javadekar will be the new Information and Broadcasting Minister.

Ram Vilas Paswan will be Minister of Consumer Affairs, Food and Public Distribution.

PM Modi was sworn in for the second time in a dazzling ceremony at the Rashtrapati Bhavan on Thursday, with 57 ministers. As many as 37 ministers have been dropped, including Sushma Swaraj, Uma Bharti, Jayant Sinha and Rajyavardhan Rathore.

In a tweet last night, PM Modi described his team 2.0 as "a blend of youthful energy and administrative experience".