The TMC also hit out at the BJP government at the Centre for allegedly trying to drive out Bengalis from Assam in the name of implementation of the National Register of Citizens. 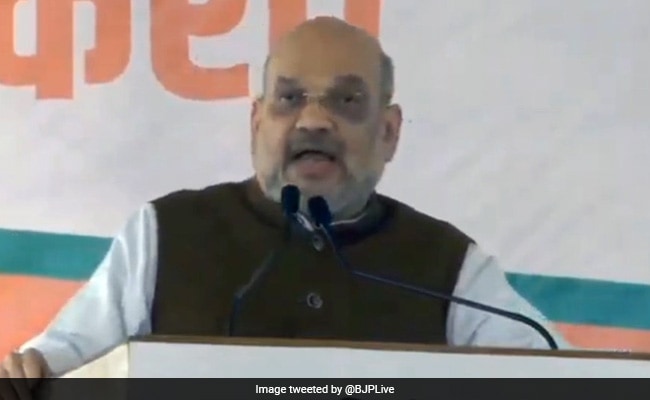 The BJP should look into reviving the economy, the Trinamool Congress said.

The ruling Trinamool Congress on Thursday mocked BJP president Amit Shah for "day dreaming" about forming the next government in Bengal with two-thirds majority and said he and his saffron camp should instead concentrate on reviving the economy.

Mr Shah, also union home minister, had told a news channel during the day that BJP is going to form the government in West Bengal with two-thirds majority in the 2021 assembly polls.

"Instead of day dreaming and making tall claims the BJP leader should first concentrate on his own party and good governance at the Centre. The country's economy has gone for a toss due to the faulty economic policies of the Modi government and BJP should first look into reviving it," he said.

The TMC also hit out at the BJP government at the Centre for allegedly trying to drive out Bengalis from Assam in the name of implementation of the National Register of Citizens.

The BJP is planning to replicate the NRC exercise in Bengal but as long as TMC is in power in the state it will never allow such an "divisive exercise" to take place, TMC secretary general Partha Chatterjee said.

"The BJP is trying to create a panic in Bengal in the name of NRC. Eleven people have already died in the state due to NRC panic. The people of Bengal will give BJP a befitting reply in the next assembly polls in the state," he said.

The omission of a large number of Hindu Bengalis from the final NRC list in BJP-ruled Assam had apparently created panic among the people in West Bengal. Hundreds of them had lined up at government and municipal offices here and across West Bengal in September to collect their birth certificates and necessary documents to be in readiness should NRC be implemented in the state despite assurances by the TMC government that it would not be allowed.

More than 19 lakh people in Assam have been excluded from the recently published final NRC on August 31. The TMC is opposed to the implementation of NRC in the country.