Iran said it will will do its best to ensure security of oil supply to India by offering various flexible measures which facilitate bilateral trade, particularly Indian exports to Iran. 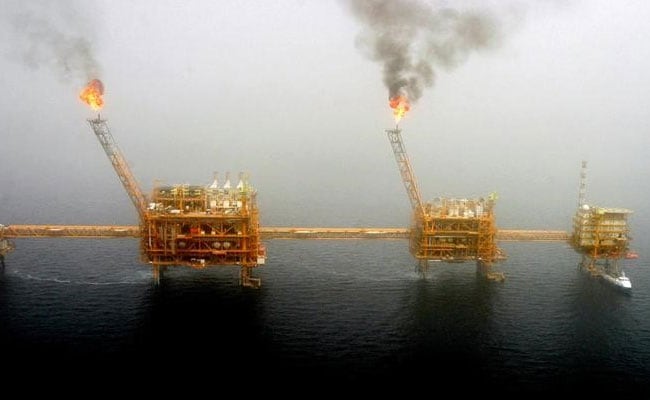 Gas flares from an oil production platform are seen at the Soroush oil fields in Iran. (Reuters)

Iran today said it will do its best to ensure security of oil supply to India, asserting that it has been a reliable energy partner for New Delhi.

The clarification by Iranian Embassy came a day after Iran's Deputy Ambassador and Charge d'Affaires Massoud Rezvanian Rahaghi cautioned New Delhi that it will stand to lose "special privileges" if it cuts import of Iranian oil following US sanctions.

It said Iran understands the difficulties being faced by New Delhi in dealing with the unstable energy market and that it was for India to choose its energy partners, taking into account various factors like geopolitical considerations and reliability of the oil suppliers.

The embassy said Iran will do its best to ensure security of oil supply to India by offering various flexible measures which facilitate bilateral trade, particularly Indian exports to Iran.

In an address at a seminar yesterday, Rahaghi said Iran will end the privileges being provided to India if it tries to source oil from countries like Saudi Arabia, Russia, Iraq, the US and others to offset cuts in Iranian oil import.

The Trump administration brought back sanctions against Iran after pulling out the US from the Iran nuclear deal in May. The US has told India and other countries to cut oil imports from the Gulf nation to "zero" by November 4 or face sanctions.

India is yet to take a call on complying with the US sanctions on Iran.

"Iran has always been a reliable energy partner for India and others, seeking a balanced oil market and rational prices of oil which ensure the interests of both countries as consumer and supplier," the embassy said in a statement.

On Chabahar, the embassy said Iran has always welcomed Indian initiatives in the project.

"However, due to the importance of the issue, Iran has frequently emphasised on expediting Indian investment, and pushing Indian partner companies to accelerate their engagement in execution of the projects," it said.

The embassy said Iran and India share the same understanding towards many global and regional challenges and cooperate harmoniously in many international fronts.