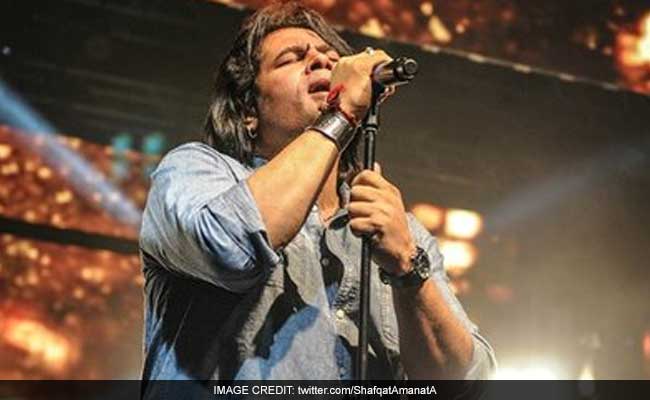 Bengaluru: Amid heightened Indo-Pak tensions in the aftermath of the Uri terror attack, Pakistani singer Shafqat Amanat Ali's concert scheduled in Bengaluru on Friday has been cancelled.

"We decided to cancel the concert of Pakistani singer Shafqat Amanat Ali. We took this decision in the aftermath of Uri attacks," Radio Mirchi Group Manager (Sales) Srinivas told Press Trust of India.

The concert was scheduled for September 30, but the decision was taken on September 20 itself, Mr Srinivas said.

"The concert was cancelled on September 20, much before the saffron parties raised the issue, demanding cancellation of the event. In fact, Bajrang Dal and Vishwa Hindu Parishad raised the issue recently, a few days back," he said.

The VHP and Bajrang Dal had been demanding cancellation of the concert after the Uri attack in which as many as 18 soldiers were martyred and four terrorists were neutralised.

Bajrang Dal Karnataka unit President Suryanarayan said there was no need of inviting the Pakistan singer.

"Everyone knows what Pakistan is. Everyday it is killing many (Indian) soldiers. The world is on the verge of declaring Pakistan as a terrorist state. Such being the case, what is the necessity for inviting a Pakistani singer here," he said.

The Bajrang Dal, hence, has lodged a police complaint demanding cancellation of the event, and also warned police and Radio Mirchi that they would be responsible for any untoward incidents, Mr Suryanarayan said.

"Bajrang Dal strongly opposes any such event, and lodged a police complaint as we have decided to work within the constitutional framework," he said.

Days after the Uri attack, Raj Thackeray-led Maharashtra Navanirman Sena had issued a 48-hour ultimatum to Pakistani artistes and actors including Fawad Khan and Ali Zafar, to leave India by September 25 or else they would be "pushed out".
Comments
Shafqat Amanat AliShafqat Amanat Ali concertUri attackUri terror attack