India's Arms For Afghanistan Will Likely Add To Tension With Pakistan 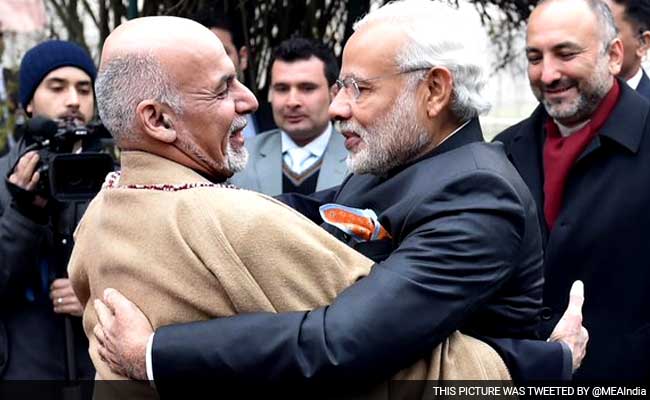 Pakistan is wary of closer military cooperation between India and Afghanistan

New Delhi: India is set to deliver more arms to Afghanistan to help it fight Islamist militants, Kabul's envoy to New Delhi said, even if Pakistan is wary of closer military cooperation between countries lying to its east and west.

India has provided a little over $2 billion in economic assistance to Afghanistan in the last 15 years, but has been more measured in providing weapons in order to avoid a backlash from Pakistan, which sees Afghanistan as its area of influence.

Last December, New Delhi announced the supply of four attack helicopters in India's first transfer of lethal equipment to the government in Kabul since the hardline Islamist Taliban movement was toppled.

Shaida Mohammad Abdali, the Afghan ambassador to India, said regional security was deteriorating and Afghan national forces were in dire need of military supplies to tackle the Taliban, Islamic State and other militant groups.

"We are grateful for the four helicopters. But we need more, we need much more. Today we are heading into a situation that is worrisome for everyone in the region including India," he told news agency Reuters in an interview.

On Aug. 29, the head of the Afghan army, General Qadam Shah Shahim, is expected in New Delhi to submit a list of military equipment drawn up in consultation with the U.S. military, Indian defence officials said.

But the move to increase cooperation with Afghanistan is likely to aggravate fears in Pakistan of being wedged between two hostile neighbours.

Relations with both countries have cooled lately.

Afghanistan says Pakistan must do more to stop militants operating on its territory, while India has blamed Pakistan for unrest in Kashmir.

Prime Minister Narendra Modi turned up the dial a notch by making a rare reference to Pakistan's restive Baluchistan province in his speech on Independence Day.

Asked about the prospect of closer military ties between Afghanistan and India, a Pakistan foreign ministry spokesman said the government did not comment on bilateral ties between two countries.

But he warned against attempts to destabilise Pakistan, which, like its arch-rival India, has a nuclear arsenal.

"Our expectation is that India should not be allowed to use Afghan soil to create instability in Pakistan."