Amarjit Singh Sandoa is the second legislator after rebel AAP leader Sukhpal Singh Khaira, who has taken back his resignation. 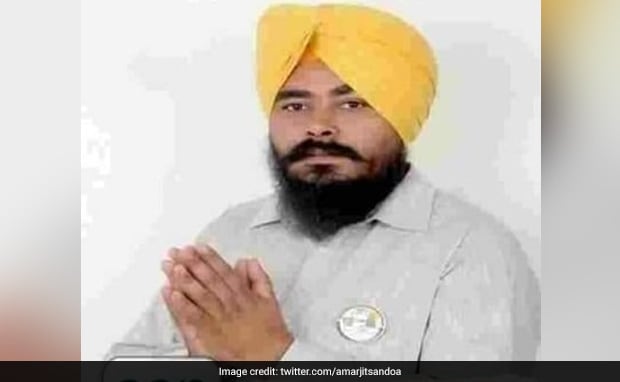 Six months after joining the Congress, rebel Aam Aadmi Party MLA Amarjit Singh Sandoa withdrew his resignation, saying he did not want to put an "additional financial burden" of bypoll on people.

Mr Sandoa is the second legislator after rebel AAP leader Sukhpal Singh Khaira, who has taken back his resignation.

"I have withdrawn my resignation as an MLA. I took this decision as I did not want that an additional financial burden be put on people of the state because of bypoll," said the Ropar MLA on Thursday.

He wrote to the Punjab Vidhan Sabha speaker about the withdrawal of his resignation.

Speaker Rana KP Singh said a legislator could withdraw his resignation at any stage before its acceptance.

Mr Sandoa, who represents the Ropar assembly constituency in Punjab, had switched sides in May ahead of the Lok Sabha polls.

At the time of joining the Congress, Mr Sandoa had said that he had felt "disenchanted" with AAP due to its top leadership's "high-handed" approach towards Punjab and had decided to join the Congress for its politics of development and inclusiveness.

Mr Sandoa, who had contested on the AAP ticket from Ropar in the 2017 assembly elections, had defeated Congress candidate Barinder Singh Dhillon with a margin of over 23,000 votes.