Amarinder Singh, Man On A Mission, Bans 'Lal Battis' In Punjab. That Includes The Chief Minister. 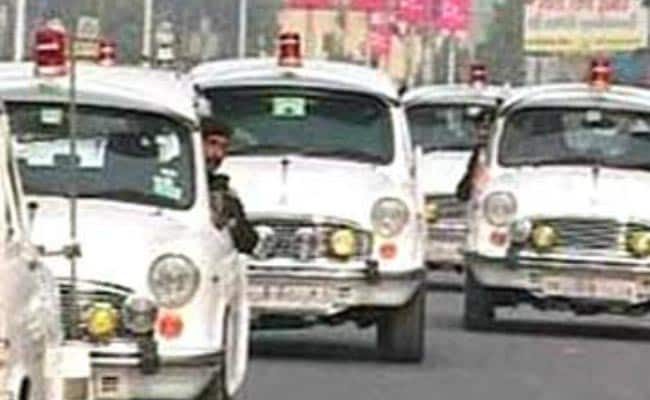 The Amarinder Singh-led cabinet has banned the use of beacons or 'lal battis' in Punjab. (File)

Chandigarh: Punjab Chief Minister Amarinder Singh has ordered the removal of beacons from all government vehicles, including his own. Mr Singh seems to be a man on a mission to revive the Congress, which has been performing poorly in elections in other states. After getting a majority in Punjab's recently-held assembly elections, the Chief Minister seized the opportunity and swung into action. Putting a ban on the use of 'lal battis', or red beacons on government vehicles is one of the first major decisions taken by the new government in the state.

"Red beacons were removed from the vehicles of the Chief Minister and other members of the council of ministers on Saturday itself, without waiting for a notification, soon after the Congress government decided to put a ban on its use," an official spokesperson said.

In a series of austere measures, the Amarinder Singh-led cabinet also decided to ban ministers from traveling overseas for two years. It also banned organising of banquets on state expense as part of the government's move to shed VIP frills. This, the party says, is in line with their election manifesto. "In our manifesto, the Chief Minister and cabinet ministers were exempted. Despite this they decided to bring themselves within the ambit of the decision," the Congress' spokesperson said.

Punjab is currently burdened by a huge debt inherited from the previous government in the state. This has been done "to clean up the system of the much-talked-about VIP culture, that has been a massive expense on the state's exchequer over the years," the party's spokesman added.

During the previous government, Punjab, which was already under thousands of crores of rupees in debt, had spent Rs 97 crore to buy luxury vehicles for its political top brass over a period of eight years, an RTI application had revealed in June last year. The vehicles were purchased between 2007 and 2015 by the transport department for the use of then Chief Minister Parkash Singh Badal, his son and then Deputy Chief Minister Sukhbir Singh Badal and other ministers, as per the Right to Information (RTI) reply given to activist Jasdeepak Singh.

The process of finalisation of the policy on the use of red beacons on government vehicles, except those used in an emergency like ambulance or fire brigade, and those of the Chief Justice and the Judges of Punjab and Haryana High Court, has started. "Once the necessary notification is issued, all government departments would have to strictly implement it," Congress' spokesperson added.

Promoted
Listen to the latest songs, only on JioSaavn.com
The process of implementation of other cabinet decisions has also been initiated, the spokesperson said, adding that all decisions would be executed in a time-bound manner, with the Chief Minister and the ministers personally monitoring it to ensure that there is no default or delay.

The Amarinder Singh cabinet, in its first meeting on Saturday, has taken over 120 decisions.