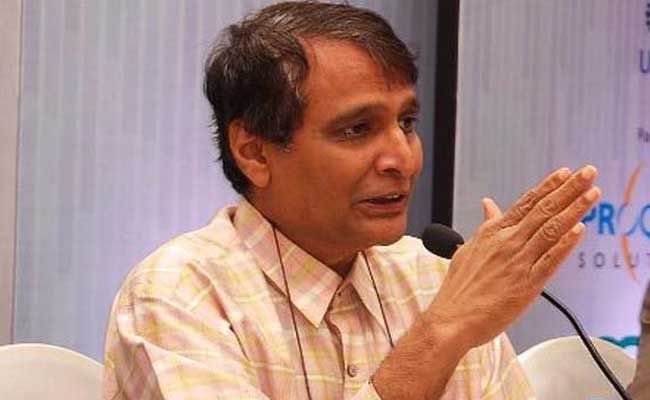 A delegation of residents of Matheran locality met Suresh Prabhu on Friday and demanded resumption of the century-old toy train service. (File Photo)

Mumbai: The Railway Ministry has said the toy train service between Aman lodge and Matheran hill station would not be closed, following which the Central Railway (CR), which operates the service, has assured to resume its rides soon.

"Suresh Prabhakar Prabhu, the Minister of Railways, Government of India has ordered that Aman lodge-Matheran toy train services will not be closed. As soon as operational safety of the train is ensured, services on this section will be restored," CR said in a statement.

Services of the 109-year-old toy train, synonymous with the tourist spot located in the Western Ghats of Raigad district, was suspended early this week following incidents of derailment on May 2 and May 7. A committee to probe the mishaps was also formed by the CR.

A delegation of residents of Matheran locality, led by Panvel MLA Prashant Thakur, met Mr Prabhu on Friday and demanded resumption of the century-old toy train service near Mumbai.

After the meeting, the Union minister said in New Delhi, "Aman Lodge-Matheran (toy train) services will not be closed. As soon as operational safety of the trains is ensured, services on this section will be restored."

As per the statement, the CR is preparing three locos and 10 coaches with air-brakes for this purpose, besides other infrastructural additions so as to provide strength to the structure in order to prevent any mishap.

"Option of providing rail piling on the stretch is also being explored. Intention is to provide safe service as early as possible," it further said.

Speaking on the development, a senior CR official said, "we were already in the process to restore the (toy train) services, and since (Railway) Ministry wants the resumption of services, it can be done within a fortnight."

Neral-Matheran Light Railway was built between 1901 and 1907 by Adamji Peerbhoy, an Indian businessman and philanthropist, at an investment of Rs 16 lakh.