Pehlu Khan was transporting cattle with six others after buying them at a fair in Jaipur to Haryana when he was stopped and brutally beaten.

Of the nine people accused of Pehlu Khan's murder, three were underage.

On April 1 2017, dairy farmer Pehlu Khan was dragged out of the truck in which he was transporting cattle bought from a fair and assaulted by a mob of cow vigilantes on the Jaipur-Delhi highway. The 55-year-old died in hospital.

Two years on, the men seen yanking Pehlu Khan by the neck, throwing him to the ground and kicking him repeatedly, have been acquitted by a court in Rajasthan on the benefit of doubt.

All six accused were caught on cellphone camera but a trial court in Alwar said the video was not clear enough to establish their presence.

Moments after the judge's "not guilty" ruling, slogans of "Bharat Mata Ki Jai" erupted from supporters of the accused waiting outside the courtroom.

The disturbing assault video, which went viral, had helped the police identify and arrest some of the accused.

But that Pehlu Khan did not name his attackers in his initial statement to the police left room for doubt, according to defence lawyer Hukam Chand Sharma.

The court also noted what it felt were contradictory reports on how he died. While the post-mortem said he died of his injuries, doctors at the government hospital said a heart attack was the cause. 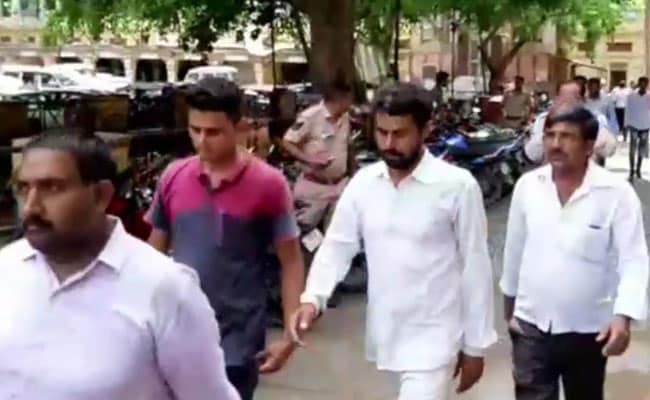 In 2017, the police had given clean chit to six people named by Pehlu Khan in his dying statement.

The man who recorded the video of the savage attack on his mobile phone did not testify in court and a second man who made a video turned hostile.

Two FIRs had been filed in the case, the first against the attackers and the other charging Pehlu Khan and his sons with transporting cattle from Rajasthan to another state reportedly without requisite permissions. Pehlu Khan had bought the cattle from a fair in Jaipur and was returning to his village in Haryana.

Of the nine people accused of his murder, three were underage. They have been out on bail.

In 2017, the Rajasthan police had given a clean chit to six people named by Pehlu Khan in his statement before dying, saying they were not at the spot of the attack but a few kms from it.

Among those who have been freed of charges is 19-year-old Vipin Yadav, who, in an NDTV sting, had boasted about how he had led the mob in beating Pehlu Khan.

The high court rejected the Rajasthan police request that his bail be cancelled on the basis of NDTV's sting operation.

Pehlu Khan's lawyer's request to submit the sting video as evidence was also denied by the trial court.

Pehlu Khan's lynching came to symbolize the lowest point in a system that allowed mobs to kill in the name of protecting cows and get away with it, either because of political links or shoddy investigation.

Our State Government has enacted law against mob lynching in first week of August 2019.
We are committed to ensuring justice for family of late Sh Pehlu Khan.
State Government will file appeal against order of ADJ.

Former Rajasthan Home Minister Gulab Chand Kataria, who oversaw the case when the BJP was in power in the state, said: "The Congress politicized the issue. Those who took the law in their hands, we drafted a case against them. The court today acquitted all of them. We accept the verdict." The Congress came to power in Rajasthan in the December state elections.

According to data collected by NDTV, 110 such incidents have taken place since 2015, leading to the loss of 43 lives.

"Happy She Remembered Her Mother": Kamala Harris's Uncle On Her Speeches