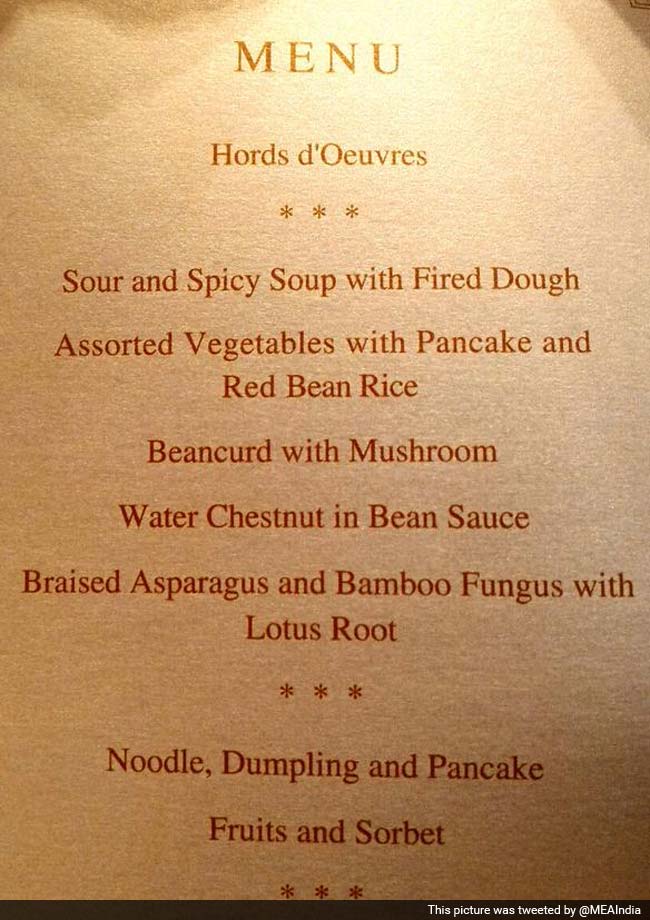 Beijing: It was Chinese tonight for dinner in Xi'an and there was no chilly paneer or crisp honey potatoes. Not even veg manchurian.

Prime Minister Narendra Modi was treated to a vegetarian repast that included sour and spicy soup with fired dough, assorted vegetables with pancake and red bean rice and beancurd with mushroom.

Also on the menu was water chestnut in bean sauce and braised asparagus and bamboo fungus with lotus root. There was noodle, dumpling and pancake and a light fruits and sorbet for dessert.

Xi'an is Chinese president Xi Jinping's hometown and he was hosting the banquet for PM Modi. It was preceded by a traditional Tang dynasty welcome for the Indian Prime Minister, which involved song and dance by people in spectacular costumes.

PM Modi became the first world leader to be hosted outside Beijing. President Xi was reciprocating the Indian Prime Minister's gesture of hosting him in Ahmedabad in the latter's home state Gujarat, when he visited India last September.