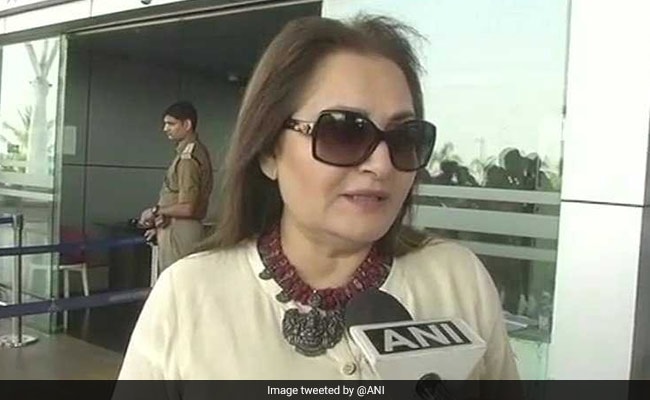 Jaya Prada was a parliamentarian from Rampur in Uttar Pradesh

New Delhi: Actor-turned-politician Jaya Prada has likened Samajwadi Party leader Azam Khan to Alauddin Khilji, the villain in the period drama Padmaavat. Ms Prada has in the past accused the Rampur legislator of trying to sabotage her political career.

"Though I call Azam Khan my brother, the way he tried to take revenge on me in various ways... whenever I watched Khilji, the character reminded me of him," Ms Prada told reporters at an event in Raipur.

She was a parliamentarian from Rampur in Uttar Pradesh from 2004 to 2014. Along with former SP leader Amar Singh, she was told to leave the party for allegedly working against the interest of the party. Mr Singh in 2015 alleged that Mr Khan played a role in their suspension from the Samajwadi Party.

Jaya Prada putting Azam Khan on the same pedestal as Alauddin Khilji could be seen in the light of their political slugfest in the past. Alauddin Khilji was portrayed in the Bollywood movie as a barbaric, cunning character who did not follow the rules of war or believed in honour.

Azam Khan, stung by the remark, taunted, "How will I concentrate on work if I engage with someone who entertains people with song and dance?"

At the event, Ms Prada was also asked about her views on celebrating Women's Day. "We should not celebrate Women's Day on a single day... Girls are scared of going out and even parents are afraid of sending them to school," she said.

Promoted
Listen to the latest songs, only on JioSaavn.com
"I want that Beti Bachao Beti Padhao should not only remain a slogan. Both should get equal education. Whenever this division comes to an end, it will bring a healthy atmosphere in the society," she said.