"This Is Murder": Akhilesh Yadav Slams BJP Over Suicide By NEET Aspirant

The 19-year-old Madurai girl and two other medical aspirants in Tamil Nadu died by suicide on Saturday, prompting the opposition parties to demand the scrapping of the NEET. 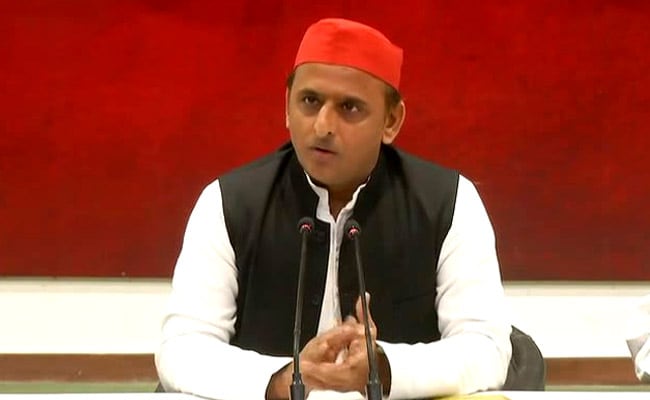 Samajwadi Party chief Akhilesh Yadav on Sunday lashed out at the BJP, saying the suicide by a Tamil Nadu girl student on the eve of NEET was the murder of the "Beti Padhao, Beti Bachao" slogan.

The 19-year-old Madurai girl and two other medical aspirants in Tamil Nadu died by suicide on Saturday, prompting the opposition parties to demand the scrapping of the National Entrance-cum-Eligibility Test (NEET).

On Wednesday, the Supreme Court had refused to entertain a batch of pleas seeking deferment or cancellation of exam scheduled for Sunday, saying the authorities will take all necessary steps for conducting it amid COVID-19.

Referring to the girl's suicide, the SP chief in a tweet asked the BJP who was responsible for her "murder".

"The news of suicide by a medical aspirant in Madurai yesterday has shocked every family," he said while paying tributes to the girl.

"Heartless BJP should tell who is responsible for this. This is a murder. Along with this, the slogan of "Beti Padhao, Beti Bachao (teach daughter, save daughter)" has also been murdered," he said.

Besides the girl, the other two aspirants, aged between 19 and 21, had committed suicide in Dharmapuri and Namakkal districts of Tamil Nadu.

They were found hanging in their homes.