While Shloka opted for a navy blue and cream lehenga laced with heavy embroidery, Akash chose to don a simple white kurta 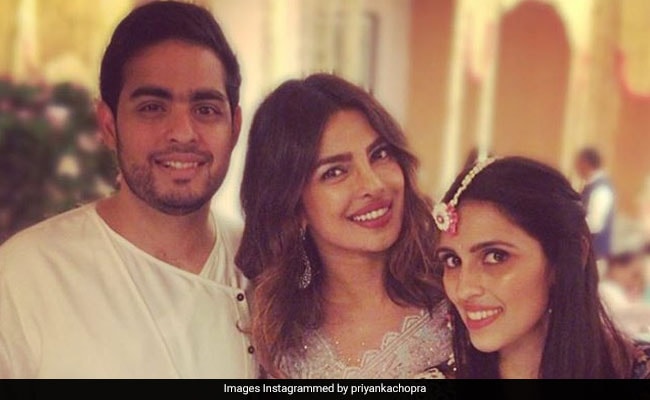 Priyanka Chopra also congratulated the couple while posted the picture on Instagram.

With wedding bells right around the corner, the Mehendi ceremony of Reliance Industries Chairman and Managing Director Mukesh Ambani and Nita Ambani's son Akash Ambani and his fiancee Shloka Mehta was held at the Ambani residence in Mumbai on Wednesday evening. The event was graced by several well-known faces, including actress Priyanka Chopra.

Priyanka, who is in news for her rumored affair with American singer Nick Jonas, donned a white saree by designer Tarun Tahiliani for the occasion. The actress later took to social media to congratulate the couple. "Congratulations Akash and Shloka! Such a beautiful ceremony. Mehendi hai rachne wali. Love you both. Pre, pre engagement party," Priyanka wrote and posted a picture of herself with the couple on Instagram.

Photographs of the couple from the ceremony have been floating all over social media. While Shloka opted for a navy blue and creamlehenga laced with heavy embroidery, Akash chose to don a simple white kurta. Shloka completed her look with round earnings and pink lip shade. 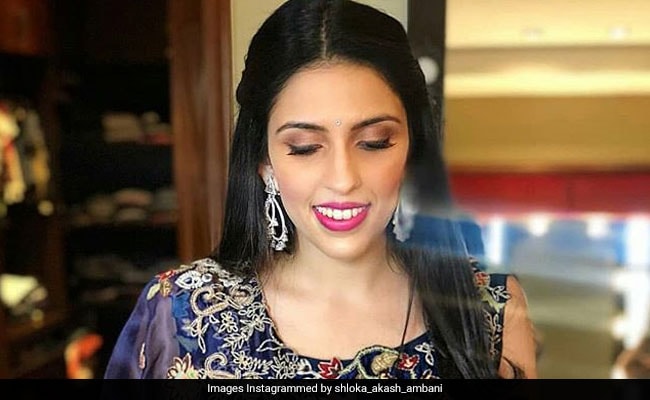 The event was also attended by other Bollywood celebrities including Shah Rukh Khan, Aishwarya Rai Bachchan, Katrina Kaif, Karan Johar and Kiran Rao among others.

The engagement ceremony of the couple is to be held on Saturday, the invitations for which were sent out in the first week of June.

Shloka Mehta is the daughter of diamond magnate Russel Mehta and Mona Mehta and heads the family-run Rosy Blue Diamonds. The engagement ceremony is expected to be attended by big names in the country. The wedding date, however, is yet to be announced.