The teaser of Tamil star Ajith Kumar's new film Vivegam has been watched over 7,200,000 times on YouTube already, less than 48 hours since it was released - 5,600,000 of those came within the first 24 hours 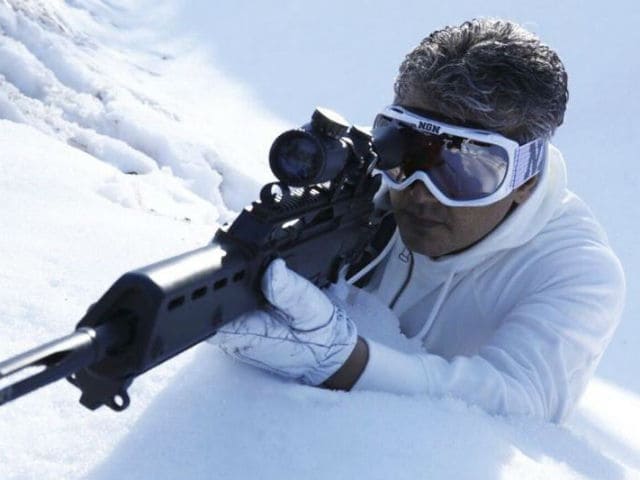 New Delhi: This is how you break the Internet. The teaser (not even the trailer, mind you) of Tamil star Ajith Kumar's new film Vivegam has been watched over 7,200,000 times on YouTube already, less than 48 hours since it was released - 5,600,000 of those came within the first 24 hours. The teaser of Vivegam was released late on Wednesday night and has gone utterly, insanely viral. Slickly shot and edited, Vivegam has been filmed in snowy locales across Europe and Ajith, playing a greying counter terror agent, makes a blockbuster entry midway through the minute-long clip. The cast includes Vivek Oberoi, Kajal Aggarwal and Akshara Haasan - none of them make an appearance here. Vivek Oberoi, making his Tamil debut, plays the villain - a man with the sinister name of Maximillian Lukas.

The action in Vivegam's brief teaser is cutting edge, reminiscent not just of the latest James Bond outing S.P.E.C.T.R.E but also Christopher Nolan's Inception and Tom Cruise's Mission: Impossible series. Ajith's character wears a singularly determined expression all through and mutters "Never ever give up."

Watch the teaser of Vivegam here:


Vivegam promises to be the latest in series of mega-movies from the South. Director S S Rajamouli's Baahubali 2 is tearing up the box office in India and markets abroad, and there are great expectations of Rajinikanth's 2.0 next year.

Promoted
Listen to the latest songs, only on JioSaavn.com
Ajith, 46, is the star of films such as Vedalam, Kandukondain Kandukondain, and a remake of Rajinikanth's Billa.

Vivegam, directed by Siva, is expected to release this August. The film is believed to be in its final schedule in Bulgaria at the moment.