"Without Merit": Ajit Pawar On Petitions Against Him In Irrigation Scam

In an affidavit, Ajit Pawar also said that there is no need for the present investigation to be handed over to CBI or the Enforcement Directorate. 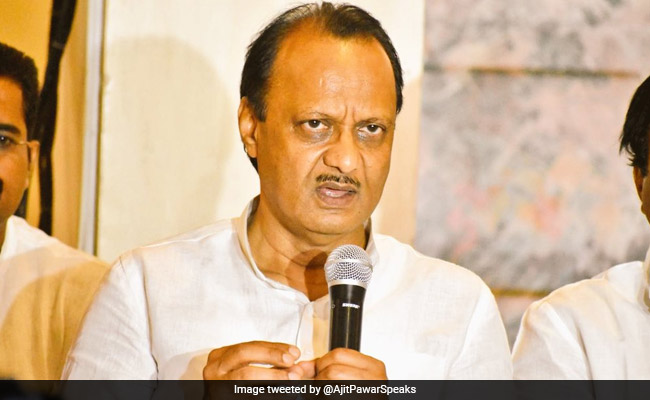 Ajit Pawar was the water resource development minister between 1999 and 2009.

Maharashtra Deputy Chief Minister Ajit Pawar has filed an affidavit in the Nagpur Bench of Bombay High Court in reply to petitions against him in the multi-crore irrigation scam, terming the allegations as "mala fide".

In the affidavit filed on Tuesday, Mr Pawar also said that there is no need for the present investigation to be handed over to the Central Bureau of Investigation or the Enforcement Directorate.

The Director General of the Maharashtra Anti-Corruption Bureau, in an affidavit filed in the High Court in December last year, had stated that the inquiry found Mr Pawar to have no role in the alleged scam in the 12 projects undertaken by the Vidarbha Irrigation Development Corporation (VIDC).

It was alleged that Mr Pawar, then VIDC chairman, and officials of the corporation colluded with contractors while issuing tenders for projects, causing a loss to the exchequer.

The petitioner, who has filed four public interest litigations in the alleged scam, had also filed an application in the High Court seeking CBI enquiry into the matter. The hearing of which is still going in the court and the next hearing is scheduled this week.

On Tuesday, Mr Pawar said the present affidavit is a common reply to the present civil application and similar other applications which are identical in nature.

"I have not indulged in any corrupt, motivated or mala fide act while discharging my duties as a minister. I state that I have as a minister or as ex-officio chairman of the VIDC, have followed all the rules and have discharged my public duties with clear conscience and without fear, favour or illegal motives," Mr Pawar said in the affidavit.