The Commission for Air Quality Management in NCR and Adjoining Areas said this in a statement after meeting three AAP MLAs, including chairperson of Environment Committee of Delhi Assembly Atishi. 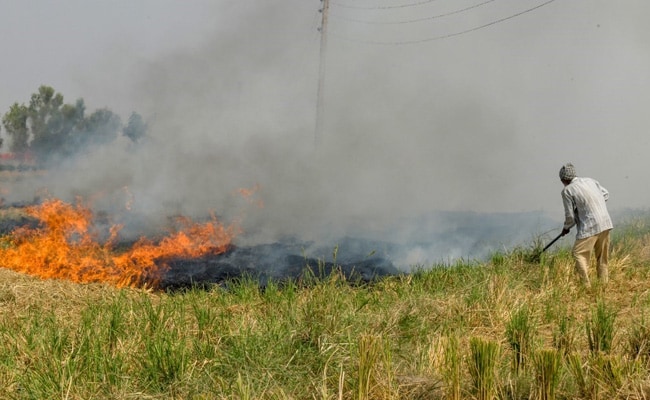 The newly-appointed Commission for Air Quality Management on Monday said it will take required steps to curb air pollution in the national capital, including formulation of appropriate policies and strategies to control stubble burning.

The Commission for Air Quality Management in National Capital Region and Adjoining Areas said this in a statement after meeting three AAP MLAs, including chairperson of Environment Committee of Delhi Assembly Atishi, who urged the commission to hold chief ministers of Punjab and Haryana liable for causing pollution in the national capital.

"The National Air Quality Commission informed the three AAP MLAs it met that it is seized of the matter and will take required steps including formulation of appropriate policies and strategies to control stubble burning, in due consultations with stakeholders concerned, on a priority basis," the commission, formed by the Union Environment Ministry, said.

Earlier in the day, Atishi had said she and her colleagues have asked the panel to direct Haryana and Punjab governments to implement as soon as possible the solution by the Pusa institute and the Delhi government in dealing with the stubble burning.

"Earlier it used to be said that there is no solution to the issue of stubble burning but now a solution has come so it should be implemented," she said.

According to scientists at the Indian Agricultural Research Institute, the "Pusa bio-decomposer" solution can turn crop residue into manure in 15 to 20 days and therefore, can prevent stubble burning.

Atishi said she told the commission that just giving direction is not enough but it is the responsibility of Haryana and Punjab to stop stubble burning and if they don't, strict action must be taken against them.

The 20-member commission, headed by former Chief Secretary of Delhi M M Kutty, was formed by the Union Environment Ministry on November 5, within a week of issuing an ordinance to set it up.