Kozhikode Plane Crash: Air Safety expert Captain Mohan Ranganathan said he had detailed in a report around nine years ago that Calicut (now Kozhikode) airport was not safe for landings. 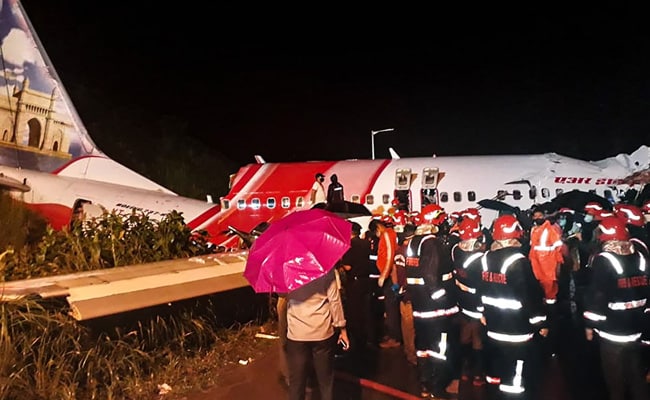 Plane Crash in Kozhikode: Of the four airports in Kerala, the Kozhikode airport has the shortest runway.

Shortly after an Air India Express plane from Dubai with 190 on board skidded off the runway in Kerala's Kozhikode and broke into pieces, a top expert said he had feared a disaster on the tabletop runway that is surrounded by deep gorges. Eighteen people, including both the pilots, have died.

The Boeing 737 aircraft made two attempts to land on Runway 10, according to the flight radar. According to a playback on flight-tracking website FlightRadar24, the plane circled the airport several times before attempting to land.

The plane, after landing, "continued running to the end of the runway and fell down in the valley  and broke down in  two pieces", said the Directorate General of Civil Aviation (DGCA) in a statement.

The Kozhikode airport has a tabletop runway, one of those located on the top of a plateau or hill with one or both ends adjacent to a steep precipice which drops into a deep gorge.

Air Safety expert Captain Mohan Ranganathan said he had detailed in a report around nine years ago that Calicut (now Kozhikode) airport was not safe for landings.

Of the four airports in Kerala, the Kozhikode airport has the shortest runway. The runway has suffered serious damage in incessant rain in the past.

"The runway has a steep downslope, no safety area. They were warned nine years back and given proof but they continued to operate and declared the airport safe," Captain Ranganathan said, claiming he had predicted a disaster in 2020 in some airfields and Kozhikode was among them.

"If there are casualties, then it is murder, a criminal offence," he added.

The plane, a next-generation Boeing 737, overshot the runway that was slick with rain, slid down a valley and broke into pieces.

"There are 200-feet deep gorges on both sides of the tarmac. It is a very steep downslope. Airlines have been operating blindly there," said Captain Ranganathan.

Congress MP Shashi Tharoor, who represents Thiruvananthapuram, said the airport was "by no means a small one" and handled a considerable number of international flights.

"It has a long runway. It is not a small airport or close to the edge of the runaway," Mr Tharoor said, commenting that the disaster took place because of extreme weather conditions, including severe rain and high-velocity winds.