Sources said a second, larger, transport aircraft is on standby to fly to Kabul to bring home 150-180 more Indians, as soon as they can make it to the airport 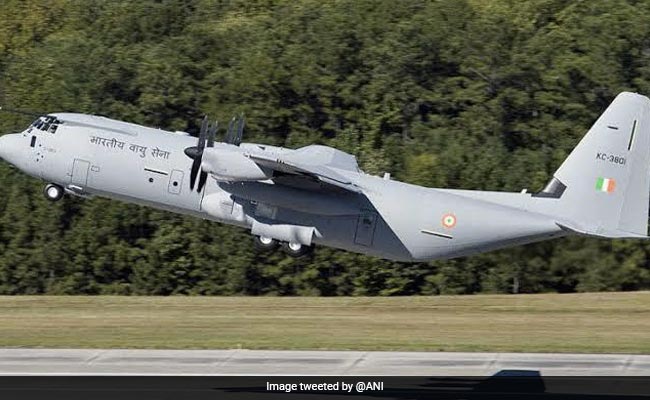 An Air Force transport took off from Kabul this morning with approximately 85 Indian nationals on board, sources said, as the government continues efforts to evacuate its citizens stranded in Afghanistan.

The plane landed safely in Dushanbe in Tajikistan. The Ministry of External Affairs is now working out what to do next; this includes the possibility of flying them out on a commercial jet at a later stage.

Sources said the government is trying to bring as many Indians inside Kabul airport as possible to keep them relatively safe.

Sources also said another IAF plane is on standby to fly to Kabul to bring home at least 150-180 more Indians, as soon as they can make it to the airport.

India has evacuated all embassy staff but around 1,000 citizens remain in several cities in the war-torn country, and ascertaining their location and condition is proving to be a challenge, a Home Ministry official said, since not all of them registered themselves with the embassy.

Among those are around 200 Sikhs and Hindus who have taken refuge at a gurudwara in Kabul.

Late Wednesday a spokesperson for the Taliban - which has been trying to project a more moderate image - released a video statement of the gurudwara head saying he had been assured of their safety. 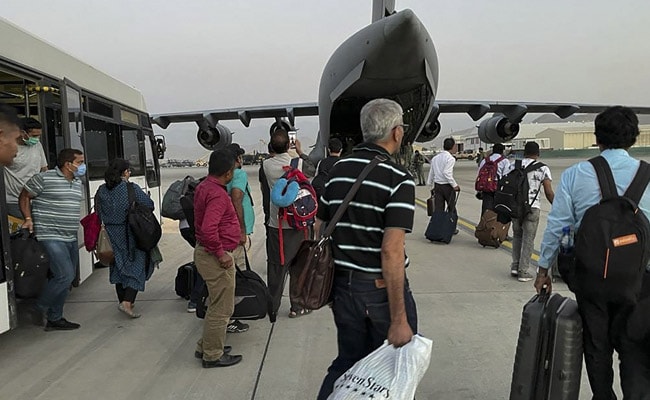 Two IAF planes flew into Kabul on August 15, after the Taliban marched into the city, to evacuate Indian diplomats and embassy staff, including Indo-Tibetan Border Police personnel guarding them.

The first aircraft took off under very challenging circumstances given the chaos at the airport, where thousands of desperate Afghans were frantically trying to flee advancing Taliban forces.

The second brought back the remaining staff, including Ambassador Rudrendra Tandon.

Foreign Minister S Jaishankar described that evacuation as a "difficult and complicated exercise".

Yesterday sources told NDTV that messages from the Taliban's political office in Qatar urged the Indian government to reconsider evacuating its diplomats. The messages - seen as an outreach of sorts - said India need fear no attacks on its embassy or staff from groups like the Lashkar or Jaish.

The government chose to set aside these messages and pull embassy staff out of Afghanistan anyway, since it had received input of possible attacks by these groups.

The Taliban took effective control of Afghanistan on Sunday, after President Ashraf Ghani fled and the group walked into capital Kabul with no opposition. This was after a staggeringly fast rout of major cities following two decades of war that has claimed hundreds of thousands of lives.

Feared for its brutal and oppressive reign two decades ago, the group has tried to present a more moderate by claiming, for instance, that women will have rights, including to education and work, and that the media will be independent and free.

But violent response to protests - several were killed after Taliban fighters opened fire - and news a female Afghan journalist has been barred from working - suggest the 'moderate' stance may not last.