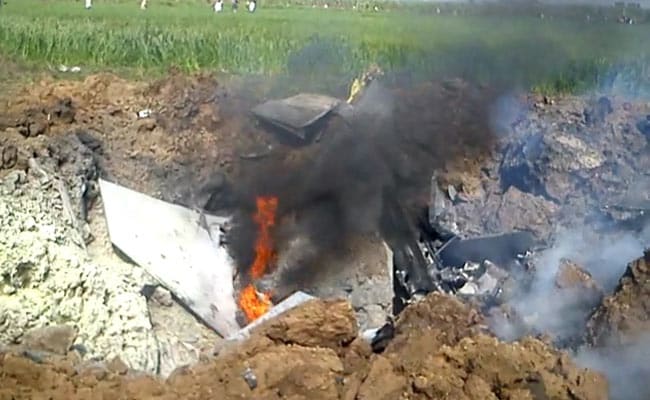 The Parliamentary Committee of Defence has found that as many as 34 crashes happened due to technical defects.

A Jaguar fighter - a twin-engine, single seater strike aircraft of Anglo-French origin - of the Indian Air Force crashed this morning near Allahabad in Uttar Pradesh.

It was the 86th crash since 2007 -- on an average, the Indian Air Force (IAF) has lost about one aircraft every month for the past eight years.

The Parliamentary Committee of Defence which looked into the high rate of crashes, has found that as many as 34 crashes happened due to technical defects. Another 30 were because of the pilot error. Some were a combination of both.

Errors in services led to four crashes and the Bangalore-based Hindustan Aeronautics Limited (HAL) - the unit that manufactures aircraft in India - was found to be responsible for at least two crashes.

Regarding human error by the crew, the Committee said some of the crashes were because units weren't using "latest updated maps" but "using old vintage maps". Also, it observed that there was a "requirement of enroute weather and destination to all aircrew".

On the maintenance side, among other recommendations, the committee said there was a need for "additional checks" on aviation fuel, oil and gases to stave off adulteration.

It has also asked for checks at HAL to arrest the premature failure of compressor and turbine blades of aero engine. The servicing schedules of the aircraft need to be revised, the committee said.

Taking the "senior leadership" of the IAF and the Ministry of Defence to task, the Committee observed that it was "baffled to find" that accidents have been consistent over the last decade despite repeated inquiries.

"There is either lacuna in training that is being imparted to our pilots and support officials or the systems installed are technically ill-equipped," the committee said. In either case, "the onus lies on the senior level management".