Twenty years ago today, the Indian Air Force lost two fighter jets within hours of each other at the height of the Kargil war. One of the pilots, Squadron Leader Ajay Ahuja, who flew a MiG-21, was killed by Pakistani forces while another pilot, Flight Lieutenant K Nachiketa, was shot down and released by Pakistan days later.

Today, Air Chief Marshal BS Dhanoa and chief of the Western Air Command Air Marshal Raghu Nambiar - among the senior-most military aviators anywhere - honoured their fallen comrade by flying the oldest variants of the MiG-21 in a "Missing Man" formation. Both had flown missions during the war in 1999.

The formation of the five MiG-21 Type 96 jets was conspicuous by the absence of one aircraft - that gap in the formation symbolises a missing man, in this case Squadron Leader Ahuja. 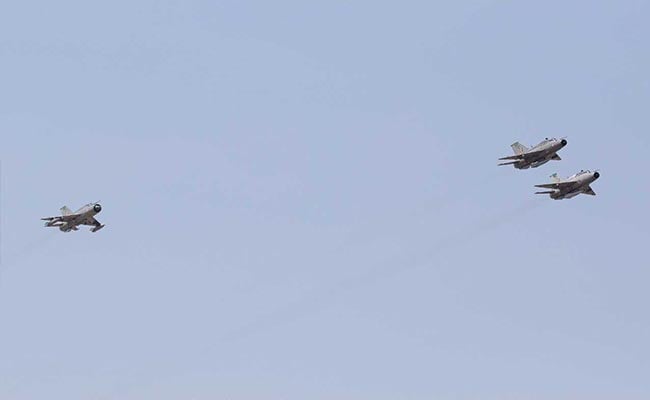 IAF MiG-21 Type 96, the oldest variant of the jet fighters, fly in a "Missing Man" formation

During the Kargil war, Air Chief Marshal Dhanoa had commanded Squadron Leader Ahuja as they were part of the 17 Squadron, called the Golden Arrows.

Squadron Leader Nachiketa was captured by the Pakistani Army and released several days later, but his comrade chose to fight it out, firing his revolver at the Pakistani forces as they closed in on him and killed him. 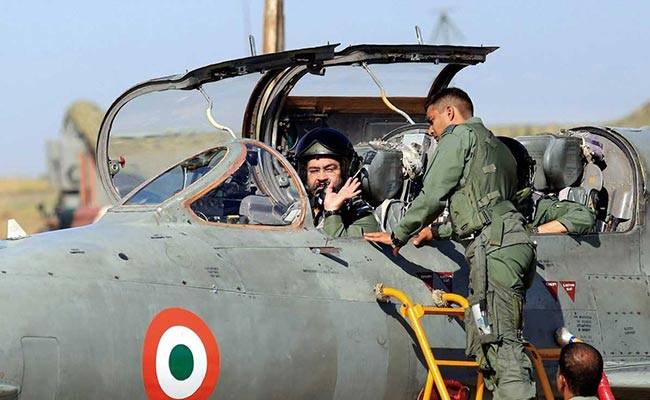 The IAF chief will also be a part of a helicopter "Missing Man" formation in Sarsawa on Tuesday in honour of four IAF helicopter crew who were killed when their chopper was shot down by a Pakistani surface-to-air missile while flying over Kargil.

After the flight, Air Chief Marshal Dhanoa said the government's decision to buy two squadrons of Rafale was game changing. He said the IAF has enhanced its capability immensely since the Kargil war as all the fighters were now equipped with precision weapons.

During the Kargil war, only Mirage 2000s had laser designated pods for precision bombing. He said the inclusion of heavy-lift helicopter Chinook and attack helicopter Apache will further enhance the IAF's strike capability.