Not BJP B-Team, Can Ally With NCP And Congress: A Owaisi's Party Leader

Asaduddin Owaisi-led party is not the 'B' team of BJP as alleged by mainstream parties, AIMIM MP Imtiaz Jaleel said 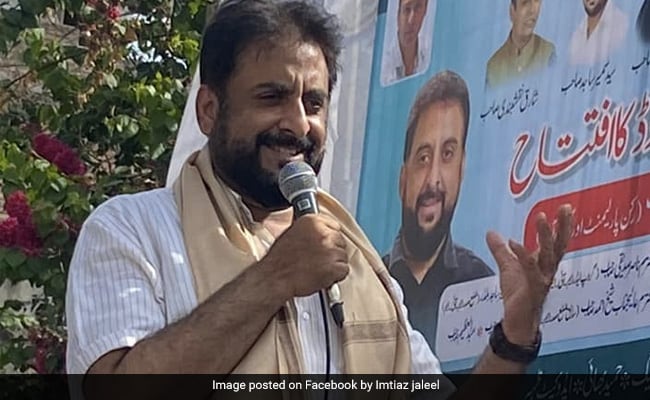 The AIMIM is willing to ally with NCP and Congress, which are constituents of the Shiv Sena-led Maha Vikas Aghadi government in Maharashtra, party MP Imtiaz Jaleel said, adding the Asaduddin Owaisi-led party is not the 'B' team of BJP as alleged by mainstream parties.

Mr Jaleel said he spoke about the All India Majlis-E-Ittehadul Muslimeen's willingness to tie up when state minister and NCP leader Rajesh Tope visited his residence on Friday.

"Tope visited me on Friday, days after lost my mother due to an illness. It is always alleged that Bharatiya Janata Party wins because of us (AIMIM- due to splitting of Muslim votes). To prove this allegation wrong I proposed to Tope that we are ready for an alliance. However, he didn't say anything about my offer," Jaleel, who heads the Maharashtra unit of AIMIM, told reporters on Friday night.

Now we want to see whether these are just allegations against AIMIM or they (Congress and NCP) are ready to join hands with us, he added.

Queried about the likely stand of Shiv Sena regarding AIMIM's offer, the Aurangabad MP avoided a direct reply.

He said the AIMIM had also spoken (about a tie-up) with the Samajwadi Party and the Bahujan Samaj Party in Uttar Pradesh (polls), but they wanted votes of Muslims and not Asaduddin Owaisi, who heads the party.

"In Maharashtra also, these parties (Congress and NCP) want votes of Muslims but not the AIMIM. You blame us for BJP's victory. I propose that then let us contest the elections together," he said.

When asked whether the proposal for an alliance is limited for the Aurangabad Municipal Corporation, Mr Jaleel said that the future action depends upon the response AIMIM gets from NCP and Congress.

"Otherwise we can go alone. We are giving them a chance (to ally) as they call us the 'B' team (of BJP)," he said.

AIMIM had won two seats in the 2019 Maharashtra Assembly elections.

"Kasab used a gun to weaken India and this man is using vitriol. No religion is bad. People who follow that religion can be good or bad. This person is not worth calling 'Guruji'," Mr Jaleel said.