There are 39 Lok Sabha constituencies in Tamil Nadu and one in Puducherry. 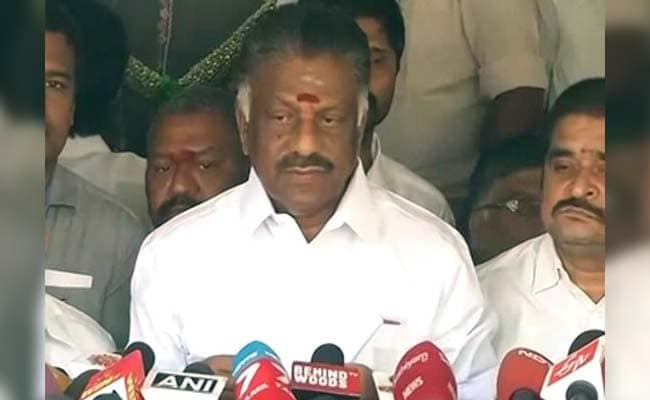 Panneerselvam told reporters that AIADMK was in talks with "like-minded parties".

Amid speculation that it will tie up with the BJP, the ruling AIADMK today started distribution of applications to members aspiring to contest the Lok Sabha elections from Tamil Nadu and Puducherry.

There are 39 Lok Sabha constituencies in Tamil Nadu and one in Puducherry.

The distribution of application forms, each priced at Rs 25,000, started at the party headquarters in the presence of Deputy Chief Minister O Panneerselvam and Chief Minister K Palaniswami.

Yesterday, Mr Panneerselvam told reporters that AIADMK was in talks with "like-minded parties" both at the state and national level but did not name them.

He said the details of the talks were secret and that party members would accept any decision of the leadership.

The DMK has tied up with the Congress. The communist parties are also expected to align with the DMK.

The AIADMK is also keen to rope in the DMDK and PMK as its electoral allies.