Ahead Of Voting, Eye In The Sky Notes Maoist Movement In Chhattisgarh

Election in Chhattisgarh 2018: Polling for 18 of Chhattisgarh's 90 seats - all located in Maoist-hit areas, will be held tomorrow. The rest will vote on November 20. 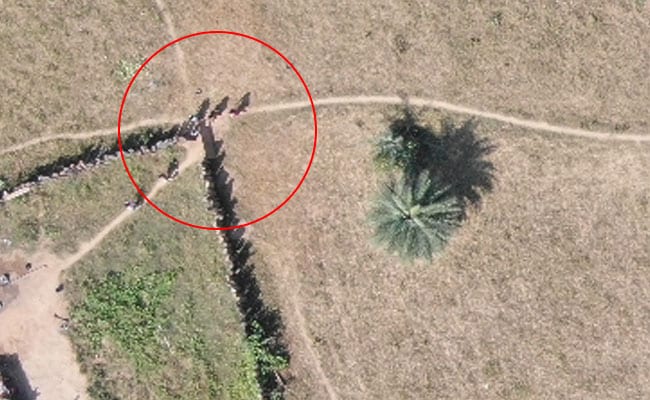 Drones are being used to recce the area before security forces move in to sanitise the area.

The use of unmanned drones for the first time in Chhattisgarh ahead of elections has revealed the movement of Maoists in the area. Elections are due in Maoist-hit areas of Chhattisgarh tomorrow and the drones are being used to recce the area before security forces move in to sanitise the area for election officials.

Polling for 18 of Chhattisgarh's 90 seats - all located in Maoist-hit areas, will be held tomorrow. The rest will vote on November 20.

Intelligence reports say Maoists from Maharashtra, Telangana, Odisha and other states on the Maoist corridor are in Chhattisgarh ahead of first phase of elections. For more than a decade, Maoists have put a ban on voting by villagers and implement it by force.

This morning, Maoists triggered seven explosions and took on security forces in Kanker district, 175 km from state capital Raipur in which one of the insurgents died. A securityman was injured.

Photos sent from an unmanned drone show a group of Maoists moving in Kaushalnar -- deep inside the forests of Abujmaad. The area has practically been claimed by Maoists and there is practically no security presence across the 6000-7000 square km area.

But security officials say the use of unmanned drones as part of the crackdown on Maoists may not be possible yet due to ground realities.

The time lag between receiving the pictures and the troops reaching the area where the Maoists are spotted, will be long -- given the terrain and the necessary caution that tends to slow down operations. Throughout the area, the Maoists have laid booby traps, complete with spikes and Improvised Explosive Devices and free and fast movement in the area is impossible, say security officials.

There is also the question of Maoist cadres and informers, who mingle among villagers and keep tabs on the movement of security forces.