Ahead of Chinese President's Visit, A Fresh Transgression by China in Ladakh 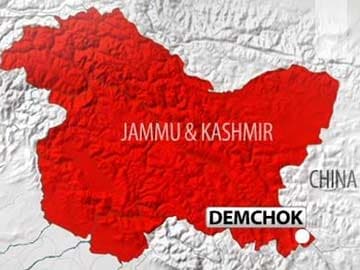 New Delhi: Ahead of Chinese President Xi Jinping's visit on September 17, a fresh transgression by the Chinese army has been reported in Ladakh.

Local officials say China is objecting to the construction of an irrigation canal in the disputed area of Demchok, which lies 600 metres from the Line of Actual Control - the de facto border between the two countries.

The trouble has been going on for over a week, said Simrandeep Singh Gill, District Magistrate of Leh. "China is having issues on it. When our civilians go to work (on the canal) in the village, they stop them," Mr Gill said. (Read: Chinese Troops Make Bids to Enter Indian Waters in Ladakh: Reports)

"Let me assure you that our soldiers on the border will address all issues that happen there. What happens at the border will be handled by those posted there. There are unresolved issues between the countries," said a ministry spokesperson.

In July, three incidents of incursion took place in Demchok and Chumar areas of Ladakh.

Promoted
Listen to the latest songs, only on JioSaavn.com
The last incident took place on July 22, when the graziers put up three tents at the Charding Nilu Nullah Junction in Demchok. It was resolved after a flag meeting between army commanders from both sides. (Read: Chinese Graziers Pitched Tents in Ladakh in Fresh Incursion Attempt: Sources)

Home Minister Rajnath Singh had said, "Incursions along the border take place due to the difference of perception about boundary".