Chandrayaan 2 Landing: Abhay K started writing the anthem in the capital of Madagascar, Antananarivo, after Chandrayaan 2 took off and started its journey towards the moon. 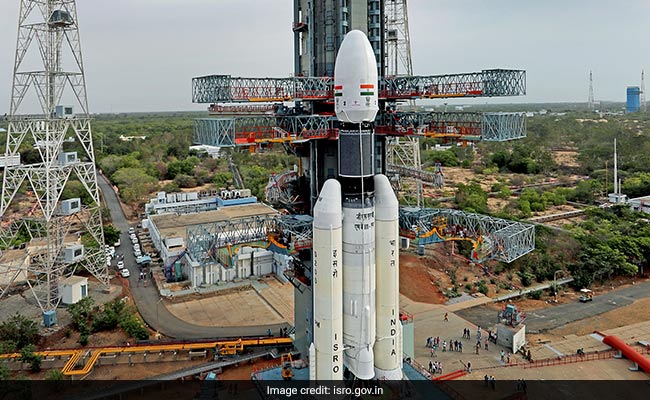 Ahead of the ambitious lunar mission Chandrayaan 2's soft landing on the surface of the moon, Indian poet and diplomat Abhay K has written down a "Moon Anthem".

The diplomat started writing the anthem in the capital of Madagascar, Antananarivo, after Chandrayaan 2 took off and started its journey towards the moon.

Its lines - "mankind's great leap, final solace, a pit stop to explore the deep space" - goes on to call the Chandrayaan 2 mission a great leap of mankind and says it is a mere pit stop in the future explorations of deep space.

World-renowned violinist and composer Dr L Subramaniam will later compose music for the Moon Anthem and Kavita Krishnamurthy will be the singer.

This comes after great success of his "Earth Anthem" which has been translated into over 50 languages and is widely sung to celebrate Earth Day and World Environment Day.

He hopes that Moon Anthem would do even better than Earth Anthem and transform terrestrial consciousness of humanity into cosmic consciousness.

The diplomat is India's Ambassador to the Indian Ocean islands of Madagascar and Comoros. He has also served in different diplomatic capacities earlier in Russia, Nepal, and Brazil.

Chandrayaan 2 is scheduled to make a soft landing on the lunar surface on the intervening night of Friday and Saturday between 1:30 am to 2:30 am.