Narendra Singh Tomar, in a written reply to the Rajya Sabha, said the action against the mischievous persons falls under the purview of Delhi Police. 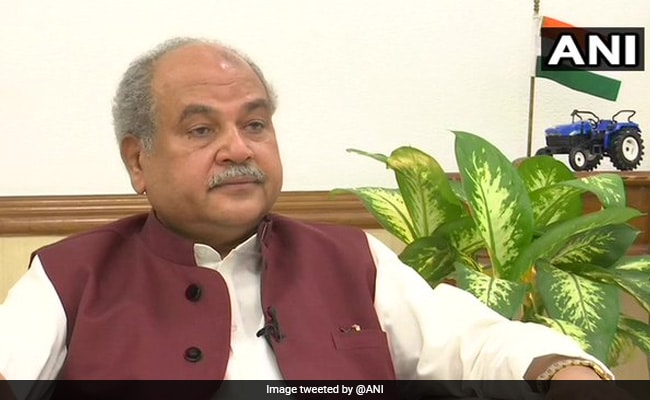 The investigation is pending in four cases: Narendra Singh Tomar

Mr Tomar, in a written reply to the Rajya Sabha, said the action against the mischievous persons falls under the purview of Delhi Police.

As informed by Delhi Police, 43 persons have been arrested during the farmers' agitation so far and five cases registered, he said.

On losses incurred by the government due to the protest, Tomar said the agitation led to the inconvenience to the public because of road blockage and other agitation activities.

Also, deployment of police personnel for law and order arrangements led to government expenditure, he said. "But loss cannot be quantified...," he noted.

However, the minister said the implementation of farm laws would have led to enhanced income of farmers and enhanced investment at village level due to investment in post harvest management infrastructure, logistics, value addition, storage units etc.

Eight months on, thousands of farmers mainly from Punjab, Haryana and western Uttar Pradesh have been camping at Delhi's borders in protest against the three laws.

Out of them, a small group of 200 farmers are now staging a protest at Jantar Mantar after getting a special permission as Monsoon session of Parliament is underway.