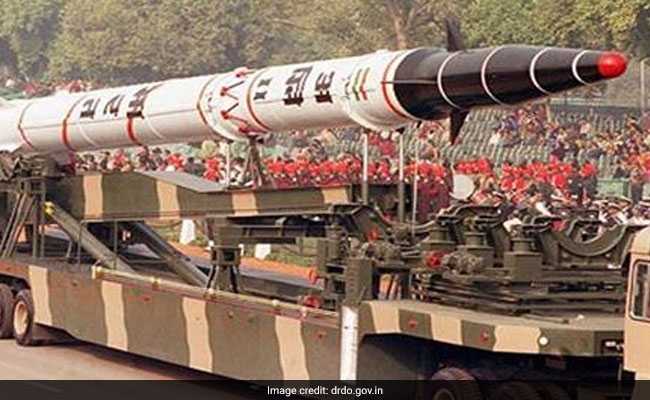 Agni II missile has a strike range of more than 2,000 km.

Union Ministers Suresh Prabhu and Piyush Goyal took to Twitter to congratulate the scientists on this successful development and said that Agni II would further strengthen India's defence capabilities.

Another addition to our defence capabilities.Congratulations to our scientists, engineers on successful test-firing of Agni II, indigenously developed medium-range, nuclear-capable missile

Here are 5 Facts About Agni II missile you should know:

1. The intermediate-range nuclear capable ballistic Agni II is indigenously made and has already been inducted into the Indian Army.

Promoted
Listen to the latest songs, only on JioSaavn.com
4. The two-stage Agni II missile is equipped with advanced high accuracy navigation system.

5. The navigation system in Agni II missile is guided by a novel scheme of state-of-the-art command and control system was propelled by solid rocket propellant system.