In 2006, Koda became only the third independent candidate in the history of the country to hold the post of a chief minister. 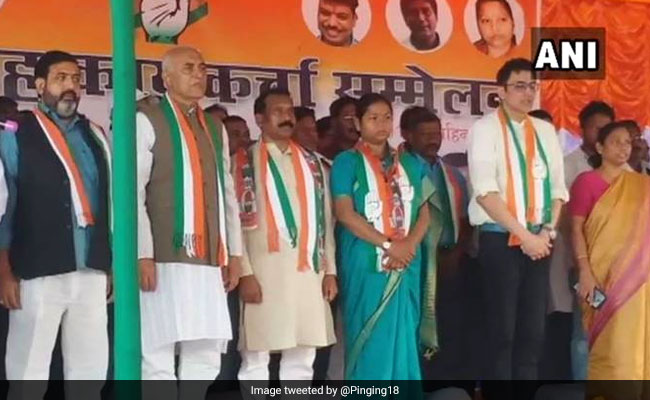 Madhu Koda poses with Congress leaders after joining the party on Thursday.

Former Jharkhand Chief Minister Madhu Koda joined the Congress in the presence of state party chief Dr Ajoy Kumar today, nearly a month after his wife did the same. An accused in the coal scam, he had ruled Jharkhand from 2006 to 2008.

Mr Koda started off his political career as a BJP MLA from Jaganathpur in undivided Bihar before going on to become the Minister of State, Rural Engineering Organisation (indendent charge) in Jharkhand's BJP-led Babulal Marandi government at the turn of the century. However, Mr Koda decided to quit the BJP and contest the 2005 assembly elections as an independent candidate after the party denied him a ticket, emerging victorious from Jaganathpur. In 2006, he became only the third independent candidate in the history of the country to hold the post of a chief minister.

A court framed charges of corruption, criminal conspiracy and cheating against the politician in the coal block allocation case on August 31. The case relates to the allocation of the Amarkonda Murgadangal coal block to the Kolkata-based Vini Iron and Steel Udyog Ltd or Visul.

Geeta Koda, his wife and two-time MLA from the Jagannathapur assembly constituency, had joined the Congress in the presence of party president Rahul Gandhi on October 11. The event, held in Delhi, was also attended by Jharkhand affairs-in-charge RPN Singh and former State Assembly Speaker Alamgir Alam.