Jitan Ram Manjhi, whose son Santosh Suman is a minister in the Nitish Kumar government, warned of public anger over the detention. 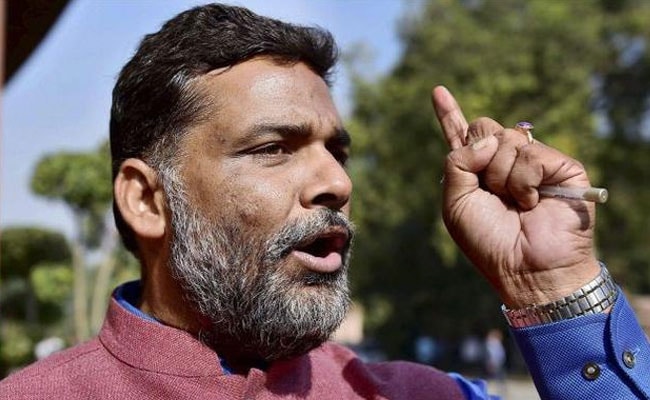 Pappu Yadav is said to have created a ruckus at the Patna Medical College Hospital, police said (File)

Controversial former MP Pappu Yadav, who hit the headlines recently for a spat with a BJP parliamentarian in Bihar, was on Tuesday rounded up by police. A case for alleged violation of coronavirus lockdown was also registered against him.

He was picked up by the police from his Mandiri residence in connection with an FIR lodged at the PirBahore police station in the city.

Mr Yadav is said to have created a ruckus at the nearby Patna Medical College Hospital (PMCH) early in the morning. A case was subsequently lodged against him under the Disaster Management Act and IPC sections involving thwarting government servants from the discharge of their duty, SHO of the police station Rizwan Ahmed told PTI-Bhasha.

It was not exactly known what happened at PMCH but the arrest of Mr Yadav, who now heads the Jan Adhikar Party (JAP), which is yet to taste electoral success, drew flak from his supporters as well as sympathizers within the ruling NDA.

Founding president of Hindustani Awam Morcha, Jitan Ram Manjhi, whose son Santosh Suman is a minister in the Nitish Kumar government, warned of public anger over the detention.

If a public representative serves the people day and night and ends up being arrested, then it is an instance that is portentous for humanity, said Mr Manjhi in a tweet referring to acts of charity during the pandemic by Mr Yadav.

In such matters, action should be taken only after a judicial inquiry else there could be an outburst of public anger, added Mr Manjhi, who has of late been speaking in a discordant voice leaving his partners in the NDA flustered.

Meanwhile, the social media was abuzz with JAP supporters alleging that Mr Yadav was being harassed because he recently took on Rajiv Pratap Rudy, the BJP MP from Saran, over the issue of a large number of ambulances lying unused at his premises.

Mr Rudy had hit back, brandishing a letter he had written to the Saran district magistrate about his inability to operate these vehicles bought with funds at his disposal under the MPLAD scheme for want of drivers who were reluctant to take up the job out of fear of the raging pandemic.