After Poll Results, PM Modi's Address To BJP Lawmakers And A Party Meet

The meetings come against the backdrop of five state poll results yesterday that gave the BJP its biggest electoral setback since it came to power at the Centre in 2014. 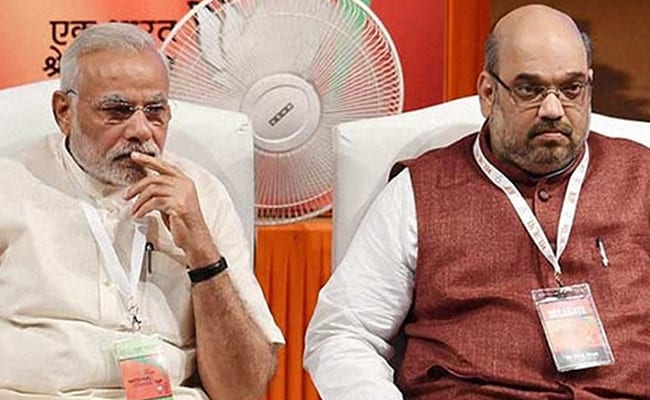 Prime Minister Narendra Modi will address BJP parliamentarians tomorrow. PM Modi's address will be followed by a seven-hour meeting of the BJP's key organisational leaders. The meetings come against the backdrop of five state poll results yesterday that gave the party its biggest electoral setback since it came to power at the Centre in 2014.

The BJP lost power to the Congress in all three states -- Madhya Pradesh, Chhattisgarh and Rajasthan --  it ruled, and its ambition of emerging as a strong power in Telangana all but evaporated as its tally fell to one seat from the earlier five.

In Mizoram, the BJP won one seat while the opposition Mizo National Front defeated the ruling Congress.

PM Modi addresses the BJP parliamentary party almost every week when Parliament is in session but his speech assumes more significance following the party's losses in the assembly elections.

He is expected to touch upon the election results, and throw light on the road ahead as the BJP gives the final touch to its campaign for the 2019 Lok Sabha elections.

Later in the day tomorrow, BJP president Amit Shah will preside over a meeting of its national office-bearers, state unit presidents and those looking after the organisational affairs, official sources said.

The meeting is scheduled to start in the afternoon and is slated to go late into the evening.

Noting that the meeting was planned before the results were announced, the sources said Mr Shah is expected to elicit feedback from party leaders on a host of organisational issues.

In his tweets yesterday, PM Modi had said victory and defeat are an integral part of life and the results will further the BJP's resolve to serve people and the party will work even harder for the development of India.

While congratulating the winners, he had said his party accepts the results with humility.

The losses for the BJP in the three Hindi heartland states are a big blow to it as it had 62 seats of the 65 Lok Sabha constituencies there in 2014.

A strong show in these states is a must for the BJP if it has come to anywhere close to its performance in the last general elections when it won 282 seats out of the total 543.