After Kashmir, Nagaland Next? Governor Says No, Focus Is On Peace Talks

Article 371A of the constitution. Nagaland enjoys special privileges like the ability to maintain its own laws and customs. 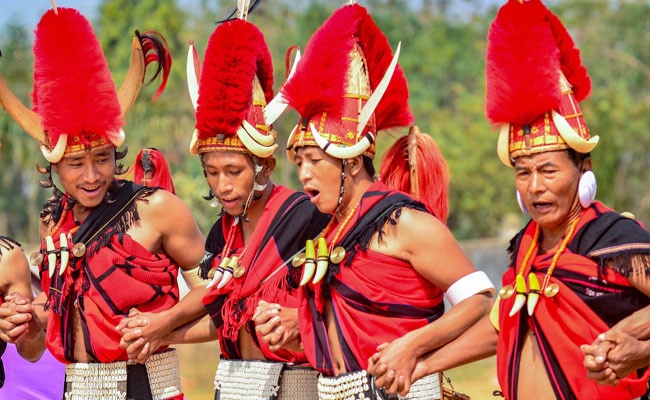 Nagaland enjoys special status under Article 371A of the constitution. (Representational)

A day after the special status given to Jammu and Kashmir was abolished, newly-appointed Nagaland governor and centre's interlocutor for the Naga peace talks, RN Ravi, on Tuesday issued a statement assuring that the centre has no plans to scrap similar provisions which the northeastern state enjoys under Article 371A of the constitution.

"Dear brothers, sisters and children of Nagaland. Some people have expressed apprehensions over the implications of development in Jammu and Kashmir on Nagaland. I would like to categorically assure you all that you don't have to worry at all. Art 371A is a solemn commitment to the People of Nagaland. It is a sacred commitment. We are trying hard to conclude the ongoing political process at a very advanced stage" Governor Ravi stated in a statement.

The centre's move on Jammu and Kashmir has stoked fears in Nagaland about losing privileges like the ability to maintain religious or social practices of the Naga community, their customary laws and procedures, administration of civil and criminal justice involving decisions according to Naga customary law, ownership and transfer of land and its resources.

Concerns have also raised about the adverse effect on the Naga peace deal with the Naga militant groups led by the NSCN (IM).

In a recent press release, NSCN (IM) said that the last round of the peace negotiations have "not gone well". A separate Naga flag, a separate constitution and integration of contagious Naga inhabited areas in Northeast have been the point of contention and the moves over Jammu and Kashmir are seen as a confidence-dampener in Nagaland.

The Naga Hoho, the top civil society body of the different Naga tribes, has already voiced its concerns.

"We are very apprehensive about our special status after what happen to Kashmir. Our peace process is in an advanced state and there are critical issues. The peace process has been on for 22 years. We need to be careful about it," Naga Hoho president Chuba Ozukum told reporters in state capital Kohima.

The Naga Students Federation (NSF) has given a call for raising the Naga national Flag on August 14, the day observed as Naga Independence Day.

"We need more then special status and thus the peace talks are happening. So we need special arrangements to honour the aspirations of the Naga and government of India has agreed to it in the framework agreement," said NSF President Ninoto Awomi.

Apart from Nagaland, other states in northeast including Arunachal Pradesh, Manipur, Mizoram and Sikkim enjoy special powers through various sections of the Article 371.

Several areas in northeast have special administrative arrangement under the 6th schedule of the constitution.

After decades of a violent insurgency, the government of India and the NSCN (IM) signed a framework agreement on August 3, 2015 following over 80 rounds of negotiations spanning 18 years.