Illustrating the magnitude of the problem faced by the peacekeepers, Syed Akbaruddin said that only four UN battalions were responsible for Congo's Central sector of 500,000 square km with more than 11 million people. 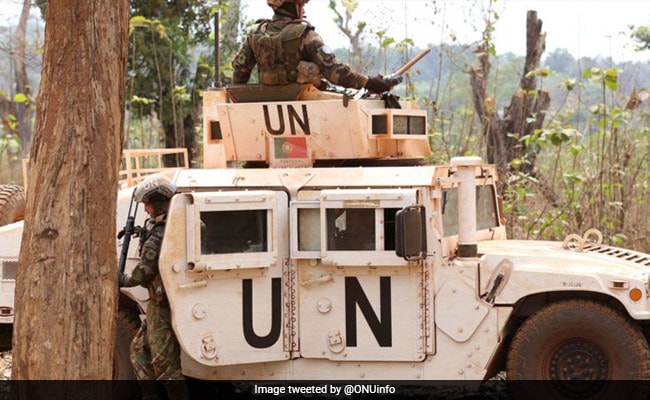 In the aftermath of an Indian peacekeeper being wounded in the Democratic Republic of Congo, India has warned that forcing troops in UN operations to function without sufficient resources "is setting us all up for a tragedy."

Citing the conditions under which peacekeepers operate in Congo, India's Permanent Representative Syed Akbaruddin told the Security Council yesterday: "The strategy of peacekeepers needing to do more with less is setting us all up for a tragedy."

When "we task the troops deployed to enforce protection of civilians, without even providing enabling air assets for rapid reinforcement operations, it is obvious that the size and scale of UN deployment are insufficient for the tasks entrusted," he said during a Council debate on Strengthening Peacekeeping Operations in Africa.

Last week, an attack in Congo wounded an Indian police peacekeeper and in separate incidents one Tanzanian and six Malawian troops were killed. So far, 154 peacekeepers have died in UN operations in just Congo.

Illustrating the magnitude of the problem faced by the peacekeepers, Mr Akbaruddin said that only four UN battalions were responsible for Congo's Central sector of 500,000 square km with more than 11 million people.

Addressing the Council, which issues the peacekeeping mandates, he said: "We need to resist the temptation of adding disproportionate mandate components, and aim at prioritisation of mandates. This would help in judicious allocation of meagre resources available for implementing the mandates."

He also criticised the practice of some troop contributing countries placing restrictions on how their peacekeepers can be deployed in Africa.

The diplomat said the practice should end, and added: "This results in unfair work distribution among various troops on the ground and thereby affect the missions' performance."