In the interview to News Nation, PM Modi talks about using the email for the first time in 1987-88. 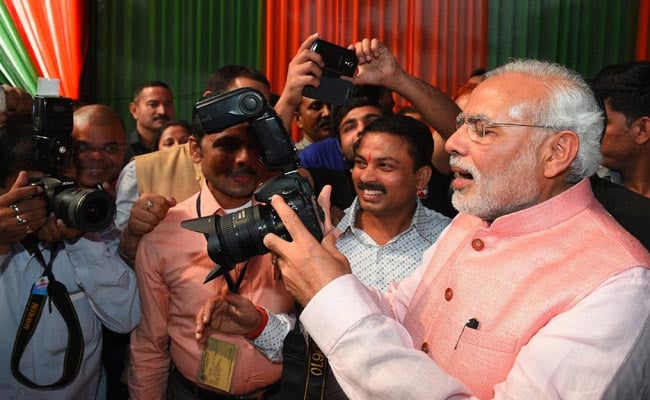 After PM Modi's claim, many pointed out that the first digital camera was sold in 1987. (File)

Prime Minister Narendra Modi has provided more Twitter gold with his comments during a television interview on Saturday. First, he shared that he had suggested, with his "raw wisdom", that the Balakot airstrike must not be put off because of bad weather as "clouds can help Indian fighter planes escape the radar". In another clip that is circulating wildly on social media, PM Modi says that he used a digital camera in 1987-88 to click a colour photo of BJP veteran LK Advani and also appears to suggest that he used email at the time.

The Prime Minister was fact-checked by many who pointed out that email facilities were not available until 1995.

"But Modi somehow used it in 1988 in India before it was officially introduced to the rest of us in 1995," tweeted economist Rupa Subramanya.

Social media was instantly buzzing with incredulity. The first digital camera, users pointed out, was sold by Nikon in 1987 and commercial emails were introduced in 1990-95.

Mr Modi is the 1st PM to have

1. used E-mail service 7 years before it was launched

2. used Digital camera 8 years before it was introduced

3. Did the Air strike himself despite heavy CLOUD

"Modi invented Digital camera, email, like gas from the gutter & clouds which could not be penetrated by radars. Ask any Bhakt," posted politician Shahid Siddiqui.

"The question is even if he did have an email id in 1988 when the rest of the world didn't, who was he sending emails to? ET," tweeted another Congress leader, Divya Spandana.

Describing the digital camera quote as "another gem" from the interview, a user commented: "In 90s, Modi used touch screen pad device. In 1987, Modi was probably the first person in India to use Digital Camera, and also transmitted a color photo via email to Advani."