Congress said the BJP candidate's statements have exposed the thinking of the BJP as well as of Rashtriya Swayamsewak Sangh (RSS). 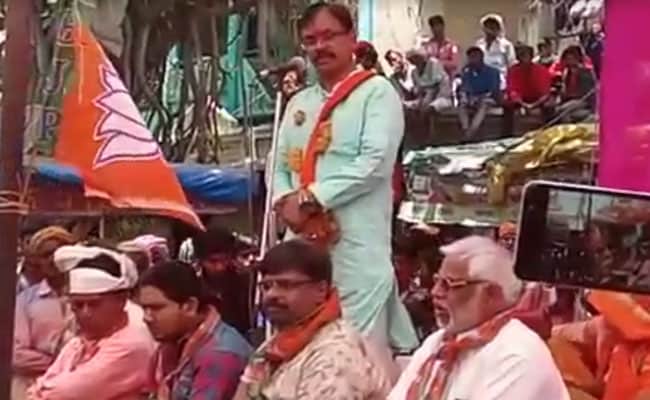 BJP's Guman Damor said that partition could have been avoided if Muhammad Ali Jinnah became the first PM.

The Congress on Monday mocked the Bharatiya Janata Party as "Bharatiya Jinnah Party" two days after its party's Ratlam Jhabua Lok Sabha candidate Guman Singh Damor stirred a controversy saying that the Partition could have been avoided if Jawaharlal Nehru had allowed Muhammad Ali Jinnah to be the first Prime Minister.

The Congress also criticised Prime Minister Narendra Modi for participating in a public meeting of Damoh and demanded an apology.

Addressing a press conference at the party headquarters, party spokesperson Pawan Khera said, "Those who earlier created a furore over Jinnah's photograph at Aligarh Muslim University (AMU) are now campaigning for the people who have praised Jinnah."

He said the BJP candidate's statements have exposed the thinking of the BJP as well as of Rashtriya Swayamsewak Sangh (RSS).

Mr Khera said Guman Damor had hoped that Jinnah would be the first Prime Minister. "Either this is hatred for Nehru or they have shown their love for Jinnah," he said.

His remarks came soon after the Prime Minister addressed a public meeting in Madhya Pradesh's Ratlam where election is due on May 19 in the seventh phase of the 2019 Lok Sabha polls.

On Saturday, while addressing a gathering in his Lok Sabha seat, Guman Damor praised Jinnah and said, "Jinnah was an advocate and a learned man. If a decision was taken to make him the Prime Minister, then India would not have been divided."

Hitting out at the BJP, Mr Khera said, "We condemn the statement and demand an apology from the Prime Minister, Amit Shah, Arun Jaitley and senior leaders of the BJP."