The privately run shelter in Deoria, about 300 km from Lucknow, earlier received funds from the government, but its affiliation was cancelled in 2017

The shelter in UP's Deoria has been sealed and the couple who ran the home have been arrested.

Twenty four girls have been rescued from a women's shelter in Uttar Pradesh's Deoria district amid allegations of sexual and physical abuse. Fifteen girls are still missing and the couple who ran the shelter have been arrested. The matter came to light when a 10-year-old girl escaped from the shelter and told the cops that "red, white, black cars picked girls at night and dropped them in the morning".

The police raided the shelter last night and took them away. Girija Tripathi, her husband Mohan Tripathi and their daughter were arrested and the shelter was sealed.

The girls have been sent for medical examination and their statement will be recorded before a magistrate, Additional Director General of Police (Law and Order) Anand Kumar said. "The Women and Child Development Department is also coordinating. The inquiry will be done under proper legal procedure," he said.

The privately run shelter in Deoria, about 300 km from Lucknow, earlier received funds from the government, but its affiliation was cancelled in 2017 following a nationwide enquiry by the Central Bureau of Investigation (CBI) which found irregularities in its functioning.

However, the couple continued to run it without necessary persmission. When a police team went to inspect the shelter last week, the duo misbehaved and turned them away. A First Information Report or an FIR was filed against them. 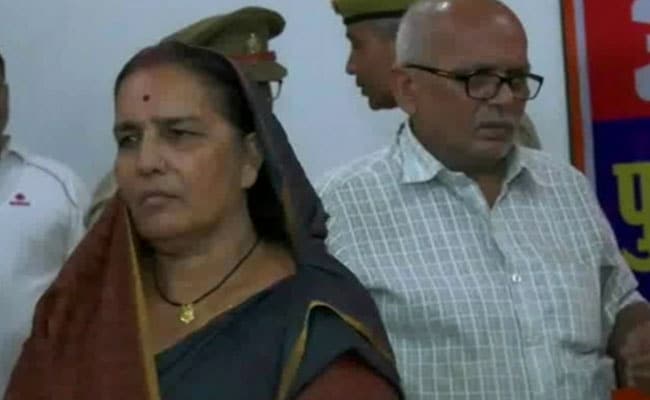 Last night, the girl ran away from the shelter and locals took her to the police station where she narrated her ordeal and that of girls between the ages of 15 and 18, who she alleged were being forced to engage in sexual activities and work as servants by the couple.

"The girl who escaped had been staying at the home for the last three years. She said they treated her like a servant. She also told us many girls were taken away in cars at night. They returned in the morning and cried through the day. Adoptions were also happening in an illegal manner here. We are looking into it and searching for the missing girls," Superintendent of Police Rohan P Kanay said. Investigations are underway, he added.

Rita Bahuguna Joshi, Women and Child Welfare Minister of Uttar Pradesh, clarified that the shelter was completely illegal. "After the CBI investigation, legal notice was sent to the sansthan for its closure and its accreditation was also cancelled. The case is pending in high court. About two weeks ago, an FIR was filed and the administration directed the sansthan to transfer the girls to state-run shelters. Strict action will be taken against the couple," she said.

Manoj Kumar, who ran a shop near the shelter, said that he had seen policewomen taking the girls to and from courts.

"I stay here till 8 or 9 in the night. The shelter orgainsed mass weddings and helped couples with adoptions. Some time ago, we heard that two girls were adopted by a couple from France. But I had no idea that such things were happening here," he said.

The case comes to light amid massive outrage over the sexual abuse of girls at a state-funded shelter in Bihar's Muzaffarpur. Over 30 girls, one as young as seven years, put up at the shelter were raped allegedly by the man made in charge by the government. Allegations have also been made against the husband of a minister in Chief Minister Nitish Kumar's government.

While Deoria's district magistrate Sujeet Kumar has been removed from his post, the opposition parties have lashed out at the BJP government in UP and demanded a CBI probe into the case and strict action against the accused. Bahujan Samaj Party chief Mayawati said there is jungleraj in BJP-ruled states and the Yogi Adityanath government has to take urgent steps to ensure safety of women and children.