After Asaduddin Owaisi's Car Attacked In UP, Ally Says He Too Got Threats

Former UP minister Babu Singh Kushwaha said he and Asaduddin Owaisi had taken the threats as a joke but the attack took place and it proved to be true. 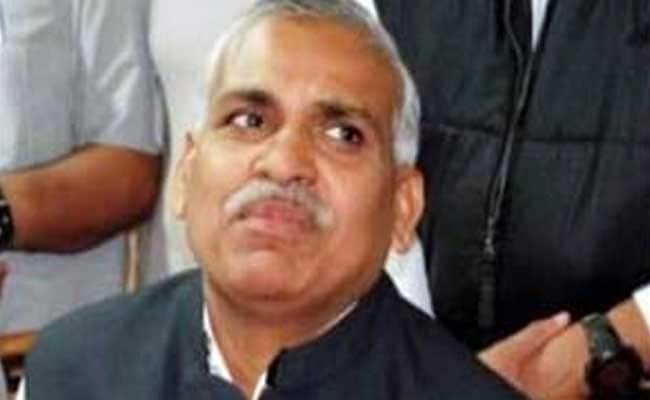 Days after gunshots were fired at AIMIM chief Asaduddin Owaisi's car in Pilkhuwa of Hapur district of UP, his poll partner and former state minister Babu Singh Kushwaha on Sunday claimed that he and the Hyderabad MP have been getting threats.

Mr Kushwaha, the convenor of newly-launched Bhagidari Parivartan Morcha, said, "Owaisi told me that after the formation of the Morcha (outfit), he is getting death threats."

"I (Kushwaha) also told him that I am also getting threats. We took the threats as a joke but the attack took place and the threats proved to be true," Mr Kushwaha, the chief of Jan Adhikar Party, added.

Mr Kushwaha made the claim in Budaun, UP while campaigning for his party candidate for the Bisauli assembly seat, Rekha Chandra.

Asked why did they not lodge any complaint, Mr Kushwaha said, "We thought the threats were just jokes and felt as if someone was doing mischief. But the attack on Owaisi took place after recce."

Mr Owaisi had launched last month Bhagidari Parivartan Morcha jointly with his party AIMIM, Mr Kushwaha's outfit and an all-India body of government employees of the backward, Dalits and minority community, founded by Kanshi Ram in the 1970s.

Bullets were fired at Mr Owaisi on Thursday in Pilkhuwa of the Hapur district which goes to the polls on February 10.

On Mr Owaisi not taking the security cover, he said he (Mr Owaisi) does not believe in violence and so, he had returned it.

Budaun will go to the polls on February 14 during the second phase of the assembly elections.

The Hapur Police on Friday said it has arrested the second suspect involved in the firing at Asaduddin Owaisi's car.

The police have lodged an FIR on the attempt to murder charge in the case and arrested two accused in the case. The duo has been remanded in judicial custody.

The AIMIM chief's car came under attack in Hapur while he was returning to Delhi after attending election-related events in western Uttar Pradesh on Thursday evening, a week before assembly polls begin in the state. No one was injured in the incident.

"One of the accused has been identified as Sachin, a resident of Badalpur in Gautam Buddh Nagar while the other is Shubham, a native of Nakur in Saharanpur," police said in a statement.

Two pistols were seized from their possession and a Maruti Alto car has also been impounded in connection with the case, police said.