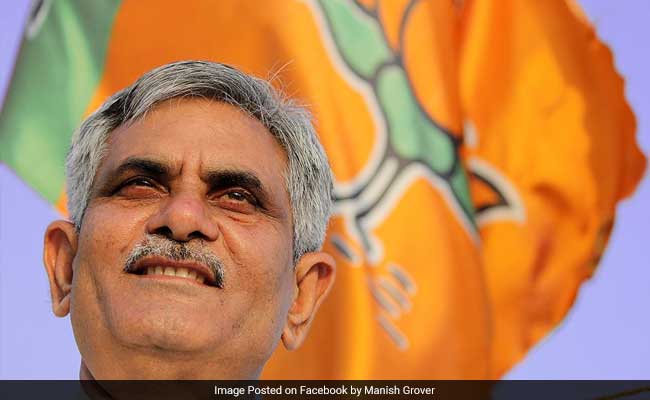 I am giving Rs 11 lakh to Dera Sacha Sauda from my discretionary fund, Manish Grover said.

"I have full blessings of Guru Dera Sauda head Gurmeet Ram Rahim and he will take the youth forward...On this occasion being the representative of Haryana government, I am giving Rs 11 lakh to Dera Sacha Sauda from my discretionary fund," Mr Grover said.

Anil Vij, who on Saturday donated Rs 50 lakh to the religious sect in Sirsa, today said he would have doled out more money had the ceiling of donating from discretionary fund been more than Rs 50 lakh.

"What is wrong in that (giving Rs 50 lakh)? Schools are being run there; sports is being promoted there," Mr Vij said.

"I could not give more than Rs 50 lakh out of discretionary fund. Had it been possible, I would have given more," he said.

The sports minister, who recently returned from Rio de Janeiro after being part of the Indian Olympic delegation, announced the donation to Dera Sacha Sauda for "promoting" rural games.

He along with Ram Rahim was attending a sporting event 'Tiranga Rumaal Chu'.

"It is a very good thing. Along with religion, education and games are there, that means they are trying to prepare a complete human being," Mr Vij had said.

"He is encouraging the games. Since the schools are also encouraging games here, I would like to donate Rs 50 lakh from my discretionary fund," he had said.

Promoted
Listen to the latest songs, only on JioSaavn.com
Dera Sacha Sauda had extended support to the BJP in the Haryana Assembly polls.

Interestingly, the games played at the Dera academy have been created by Ram Rahim himself and are not played at national or international levels.