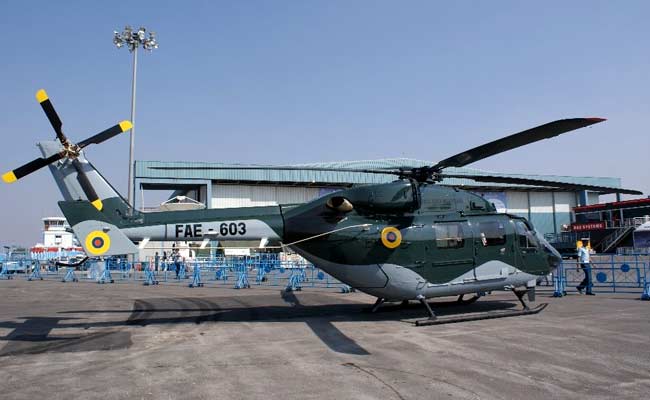 Dhruv Advanced Light Helicopters had played a major role in the rescues in Uttarakhand during the 2013 Kedarnath floods.

New Delhi: In a major setback for Hindustan Aeronautics Limited, the government of Ecuador which had bought seven Dhruv Advanced Light Helicopters from India has grounded all such remaining choppers in service and has unilaterally ended a contract with the state-owned Indian company.

This decision was taken after four of the seven Indian built choppers crashed. They were supplied to Ecuador between 2009 and 2012.

At least two of those chopper crashes were linked to pilot errors. One of them was assigned to transport the President of the country when it went down, though he was not on board.

According to AP reports, the Ecuadorian Defence Minister has announced that two of the helicopters crashed because of mechanical problems, and that getting spare components for the choppers from India had proven to be problematic.

Reacting to the situation in Ecuador, senior officials at Hindustan Aeronautics Limited (HAL) in Bengaluru have told NDTV that they are yet to receive any official word on cancellation of the contract with HAL. They insist that all spare components have been provided on time, and that they had not been provided with any investigation reports indicating the mechanical failures on the helicopters.

HAL, which had provided ground support for these choppers in Ecuador, have said that the two choppers that crashed allegedly because of mechanical defects went down after the ground support period with Ecuador had ended.

There are more than 200 Dhruv choppers in service with the Indian Armed Forces which use them extensively. The chopper, which is capable of high altitude operations, had played a major role in the rescues in Uttarakhand during the Kedarnath floods.

The Ecuadorian decision to scrap its contract with HAL will come as a major blow to the company looking to seek foreign customers for the Dhruv choppers which have, by and large, been accepted favourably by the Indian Armed forces which have flown them for more than 1,50,000 hours since they were inducted.