After 12 Years In Jail For 157 Charges, Chhattisgarh Woman Is Set Free

In 2007, Nirmalakka was arrested along with her husband Chandrashekhar Reddy in Chhattisgarh capital Raipur. 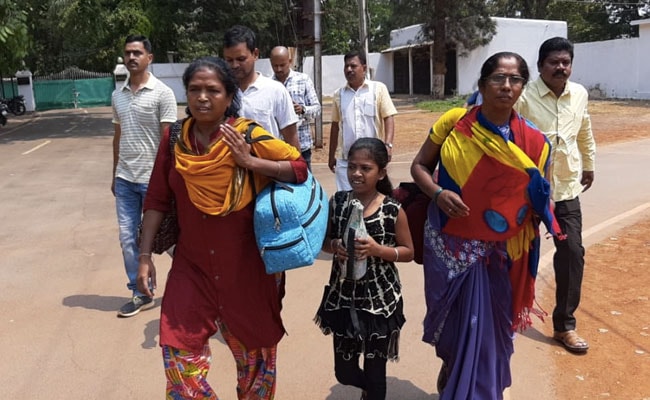 Nirmalakka was acquitted in the final court case against her on April 2.

After 157 charges framed against her and being jailed for more then 4,380 days spanning 12 years, there is a looming sadness when Nirmalakka, a citizen of Telangana, is asked what it feels like to finally be free.

"I don't want to say anything," she says, tearing up.

In 2007, Nirmalakka was arrested along with her husband Chandrashekhar Reddy in Chhattisgarh capital Raipur.

A number of cases were lodged against Nirmalakka and her husband from courts across Chhattisgarh, including the cities of Bastar and Dantewada. The number of cases stacked up against her went up to 157. Various charges related to Naxals, she was named as Secretary DKAMS ( Dandkarnya Krantikari Adivasi Mahila Sangathan)

However, due to lack of evidence, Nirmalakka was acquitted one-by-one from all the courts where the cases were filed, across 12 years. But because of the sheer number of cases against her, Nirmalakka remained stuck in prison.

Her husband, Mr Reddy after spending 10 years was released in December 2017.

Nirmalakka was acquitted in the final court case against her on April 2.

On being asked what Nirmalakka would do after finally being freed after all these years in prison, she goes quiet and bursts into tears.

"I just want to spend time with my family," she says.