Kirit Somaiya earned the ire of Sena workers when in the run-up to the 2017 civic elections he spoke about "mafia of Bandra" while talking about Uddhav Thackeray. 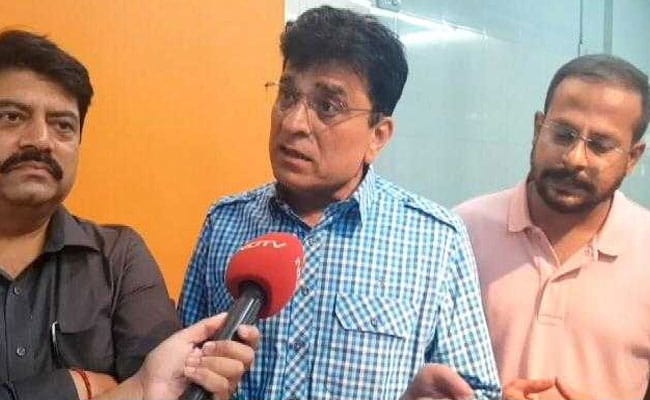 BJP leader Kirit Somaiya has claimed that with a Shiv Sena-led government in Maharashtra, he fears physical assaults by Sena workers.

"It may be noted that I have exposed various scandals of corrupt politicians of NCP and Shiv Sena. A couple of them are jailed and I am afraid that these people may arrange a physical attack on me," he said in the letter.

"I have sent the letter, to inform about the threat so that they can do the needful," Mr Somaiya told PTI.

In his letter, he attached a screenshot of the threats he has received on his Facebook page.

"This man is likely to get beaten up in the next five years," said one comment.

Another comment said that Sena workers will have to arrange "a Ravan Dahan" in Mulund (the suburb where Kirit Somaiya lives) again.

In October 2016, the BJP leader said, Sena activists had attacked him near his house and some women workers, who tried to protect him, were injured in the incident.

Mr Somaiya earned the ire of Sena workers when in the run-up to the 2017 civic elections -- which the BJP and Sena fought separately despite being in alliance at the state and national level, he spoke about "mafia of Bandra".

The remark was seen as directed at Sena president Uddhav Thackeray, who lives in suburban Bandra.

Mr Thackeray became the Maharashtra chief minister last month after the Sena formed a coalition with the NCP and Congress in the state.