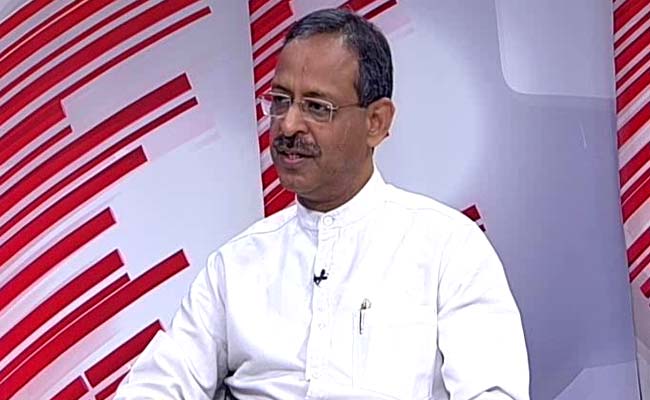 New Delhi: After the massive row over paper leaks during CBSE board examinations in March, the Department of School Education has plans of using advanced technology from next year, to check question paper leaks.

"The Secretary of Education has appointed a committee to explore how technology can be used to prevent any recurrence of such a situation," Anil Swarup, Union School Education Secretary told news agency PTI.

The CBSE was under fire after the economics paper of the Class 12 board exams was leaked, affecting lakhs of students, and a re-examination was ordered in April. Mr Swarup said no CBSE official was involved in the leak scandal and that it was perpetrated by a handful of tech-savvy people.

"Today, technology allows us to improve that situation. And we have to see that it is not repeated, keeping in mind that there are smarter people," Mr Swarup said.

"From next year, it will be our endeavour to ensure that there is no such leak," the education secretary said while replying to a question on student-friendly public examination system at an event on Tuesday.

Mr Swarup was upset when a participant alleged that someone from the CBSE might have been involved in the paper leak.

"We get hundreds of mails and if our official gets a mail at 10:15 am about a leak, you cannot stop the examination to be held at 4,000 centres and inconvenience 11 lakh children," he said.

Mr Swarup called upon the trusts running schools to come together to form a board, which will give affiliation to schools and conduct examinations after getting a certification from the government, which will assess their standard.

Promoted
Listen to the latest songs, only on JioSaavn.com
On the allegation of "irregularities" in conducting the national medical entrance examination (NEET) in West Bengal, Mr Swarup said the examination was conducted "very neatly by the CBSE and there was absolutely nothing wrong."