Adopted At 3, Woman Returns From Sweden To See Ailing Biological Mother In India

Nilakshi Elizabeth Jorendal, an India-born Swedish national, was adopted by foreign parents in 1976. She had been visiting India since 1990 in search of her biological mother. 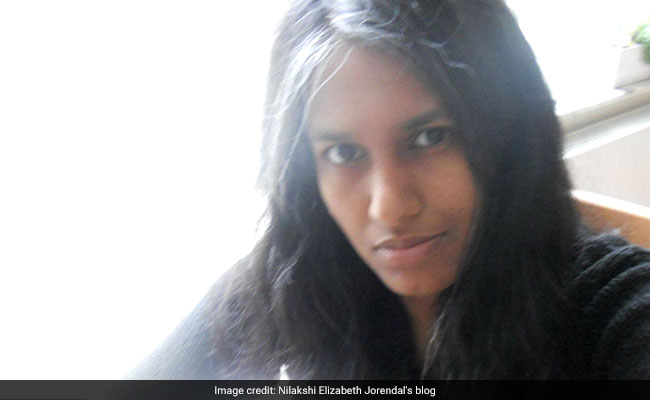 Nilakshi Elizabeth Jorendal, who was adopted when she was three years old, is 44 now.

Mumbai: It was an emotional moment for Nilakshi Elizabeth Jorendal, an India-born Swedish national who was adopted by a foreign couple in 1976, as she met her ailing biological mother in Maharashtra's Yavatmal. Ms Jorendal, 44, was adopted by a Swedish couple when she was three years old. She managed to trace her biological mother through Anjali Pawar of Pune-based NGO 'Against Child Trafficking'.

"It was an emotional reunion on Saturday at the government hospital in Yavatmal. The mother-daughter duo broke into tears," Ms Pawar said. "Nilakshi, who was on a mission to trace her biological parents, had met her mother briefly earlier but this was a more elaborate, public reunion," Ms Pawar said.

Ms Jorendal's biological father, a farm labourer, committed suicide in 1973, the year she was born at Pandita Ramabai Mukti Mission's shelter and adoption home in Kedgaon near Pune.

Ms Jorendal's mother had left her there. She later remarried, and has a son and a daughter from the second marriage. They too were present at the hospital on Saturday, Ms Pawar said.

Promoted
Listen to the latest songs, only on JioSaavn.com
The government gave Ms Jorendal for adoption to a Swedish couple in 1976.