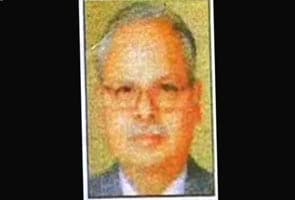 Mumbai: After the Maharashtra Governor rejected state Information Commissioner Ramanand Tiwari's request to go on leave, Maharashtra Chief Minister Prithviraj Chavan has said that there will action against the tainted former bureaucrat.

Ramanand Tiwari, whose son has a flat in Adarsh society, was in charge of the Urban Development Department when the building got crucial clearances.

Tiwari has also been accused of withholding information on the controversial housing society in Mumbai, where a number of politicians and bureaucrats own flats.

"Subhash Lalla and Ramanand Tiwari are retired officers. Serving officers enjoy a level of immunity. Impeachment in constitutional posts has its recourse. Lalla has resigned and I am not sure about Ramanand Tiwari. The state government will act soon. The Centre has already initiated a CBI enquiry. We have already declared there will be a judicial inquiry," said Prithviraj Chavan.

On January 3, another former bureaucrat Subhash Lalla resigned as a member of the State Human Rights Commission against the backdrop of his alleged link to the scam.

Ashok Chavan was forced to quit as Chief Minister in November last year after it was revealed that his relatives, including the late mother-in-law, owned flats in the upscale Adarsh society.
Comments
Ramanand TiwariAdarsh Housing society scamAdarsh scamAdarsh societyAdarsh building