Rakul Preet Singh had earlier said that she had not received -the alleged summons- either in Mumbai or in Hyderabad, where she is believed to be currently. 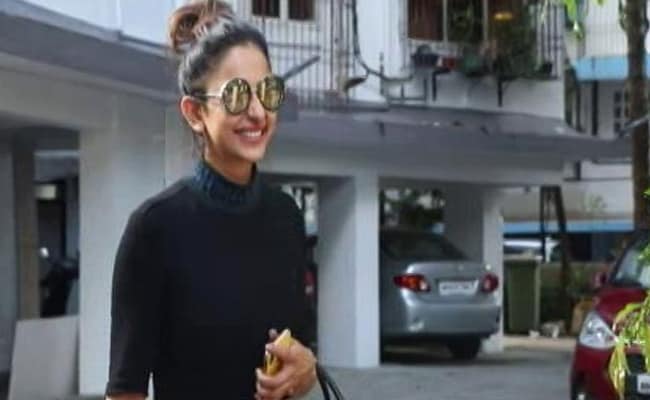 Actor Rakul Preet Singh, summoned for questioning in a drugs probe linked to the Sushant Singh Rajput investigation, was a no-show today and said she had not received “the alleged summons” either in Mumbai or in Hyderabad, where she is believed to be currently.

Shortly after her statement, the Narcotics Control Bureau said she had been served the summons today and had been asked to appear tomorrow.

She will be questioned by the anti-drugs bureau, besides Deepika Padukone, Sara Ali Khan and Shraddha Kapoor, in an inquiry that started with chats retrieved from the phone of arrested actor Rhea Chakraborty.

These names have emerged in the widening drug probe related to the Sushant Singh Rajput case, which has thrown up a drugs and Bollywood twist after some incriminating WhatsApp chats were found by investigators.

Sara Ali Khan and Rakul Preet Singh were named by actor Rhea Chakraborty, who has been in a Mumbai jail since September 9 after being arrested on charges of buying drugs.

Rhea Chakraborty has been accused of "being an active member of a drug syndicate" and organizing drugs for her boyfriend Sushant Singh Rajput, an actor whose death on June 14 has become a massive investigation by multiple agencies.

The names of Deepika Padukone and Shraddha Kapoor were revealed in WhatsApp chats retrieved from the phone of Sushant Singh Rajput's talent agent Jaya Saha, who is also being questioned by investigators. The chats suggested that the actors had used drugs.

Deepika Padukone has been summoned tomorrow and Sara Ali Khan and Shraddha Kapoor on Saturday.