The actor had accused Anurag Kashyap of forcing himself on her in 2013 and the Mumbai Police had filed a complaint against the producer-director. 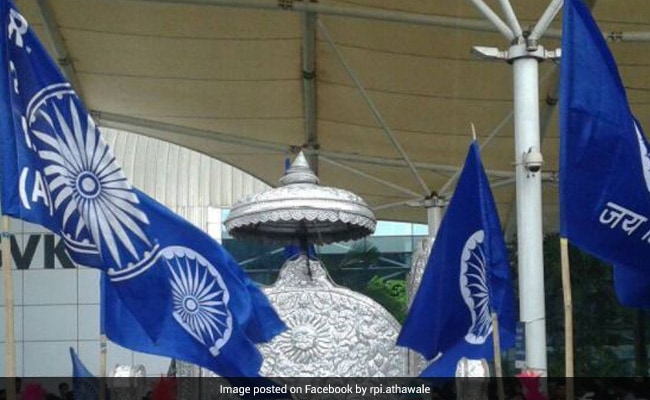 The actor joined the party in the presence of party chief and Union Minister Ramdas Athawale.

An actor who had accused filmmaker Anurag Kashyap of rape joined Union Minister Ramdas Athawale's Republican Party of India (A) on Monday. She was appointed vice president of the women's wing of RPI(A).

"I thank her for joining the party and I welcome her," Mr Athawale said.

The actor had accused Mr Kashyap of forcing himself on her in 2013 and the Mumbai Police had filed a complaint against the producer-director.

Mr Kashyap has denied the allegations and had issued a statement through his lawyer Priyanka Khimani, saying he intends to take legal action in the matter.

A few days after filing a complaint against the filmmaker, the actor had addressed the media with Mr Athawale. She had said her life is at risk and needed security.

"I told her RPI(A) is Dr Babasaheb Ambedkar's party. It helps all sections of society, be it Dalits, adivasis, OBCs, villagers, slum dwellers. The RPI will get a good face if you join the party. After I discussed this with her, she was ready to join the party," Mr Athawale said.

The actor said she joined RPI(A) to do something for the country and thanked Mr Athawale for supporting her in her "fight against Mr Kashyap".