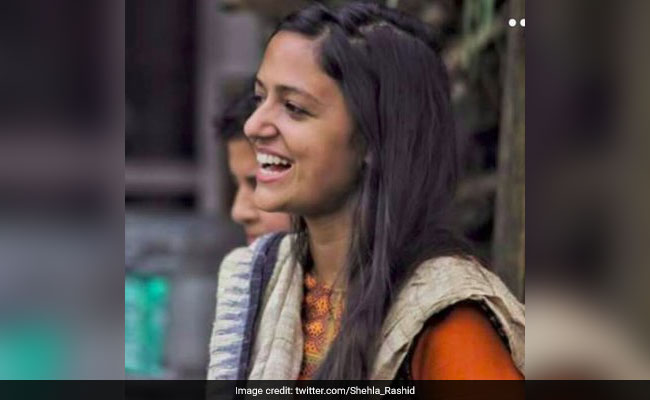 Former Jawaharlal Nehru University student leader Shehla Rashid has deactivated her Twitter account since the "toxicity and negativity" on the microblogging platform had started affecting her psychologically.

"After 8 yrs of using Twitter, I'm deactivating my account. I've tried engaging, I've tried blocking/reporting but the amount of toxicity & negativity that exists out here is insane. I can't deal with such hate, lies and manipulation. Thanks to all of you who've been supportive," Ms Rashid said on Sunday.

Talking to PTI, Ms Rashid, who had close to 500 thousand followers, said her going off on Twitter should be an "SOS call" to it.

"The abuse on Twitter started in 2010. The platform is such that it enables an ecosystem where abusers can gang up against you using many hashtags and it has been effectively used by the right-wing voices. It is not freedom of expression but an attack on freedom of expression," she said.

Ms Rashid said it was not a good thing to wake up to abusive tweets in the morning and almost a 1,000 such tweets everyday had started taking a toll on her "psychogically".

Ms Rashid said there is a "chalta hai" attitude here and the Twitter accounts are not suspended very proactively.

There were claims made on Twitter that Rashid left the microblogging platform since there were allegations against her of "not giving the funds she collected through crowdfunding for the Kathua gangrape victim", but she denied the charges.

"This is rubbish! These allegations are being levelled for a long time now," Rashid said, adding that she is not sure whether she would be returning to Twitter.