Prime Minister Narendra Modi will hold bilateral meetings with the visiting ASEAN leaders. Prominent among those will be the one with the State Counsellor of Myanmar, Aung Sang Suu Kyi, today evening. 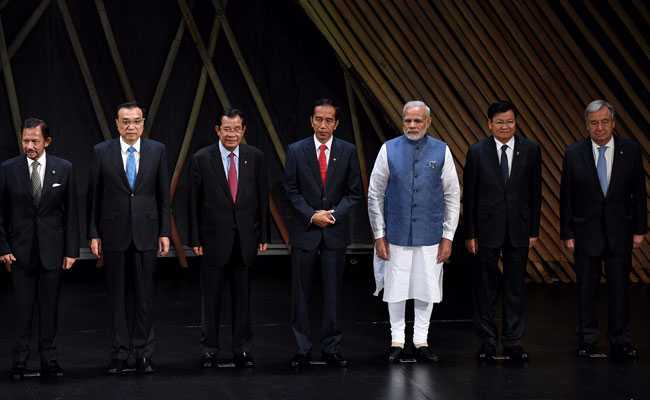 New Delhi: It will be time for big ticket diplomacy as the heads of state of the 10 ASEAN nations start arriving in New Delhi today. Leaders from Thailand, Vietnam, Indonesia, Malaysia, the Philippines, Singapore, Myanmar, Cambodia, Laos and Brunei will be in India for the India-ASEAN commemorative summit that will be held on Thursday. The event will mark 25 years of India's ties with the southeast Asian bloc. The Republic Day parade this year will also see the record setting presence of the 10 ASEAN leaders. This comes at a time India is keen on changing its 'Look East' policy to 'Act East' policy.

"The prime minister's intention that the 'Look East' policy should now be the 'Act East' policy is really taking shape," said Defence Minister Nirmala Sitharaman. "And, by the very presence of 10 leaders from ASEAN during the Republic Day celebrations, India will definitely showcase its 'Act East' policy," she said.

Prime Minister Narendra Modi will hold bilateral meetings with the visiting ASEAN leaders. Prominent among those will be the one with the State Counsellor of Myanmar, Aung Sang Suu Kyi, today evening.

Trade will be a major focus area at the bilateral meetings and so will greater infrastructural connectivity, regional development in the northeastern states and regional security.

Despite having a free trade agreement in services and investments, India-ASEAN trade for the year 2016-17 was only $71 billion, in comparison to the $470 billion trade with China.

"In the year 2016, India exported textiles and apparel worth $1,203 million to ASEAN and imported textiles and apparel worth $546 million from ASEAN. With the ability to produce a diverse range of products, India has the potential to become the one-stop sourcing destination for brands and retailers of ASEAN nations," said Textiles Minister Smriti Irani.
Comments
ASEAN nationsRepublic Day 2018