The dentist couple went through "unimaginable hell" in the last eight years, said journalist Avirook Sen, who authored an investigative book on what is considered India's biggest whodunit. 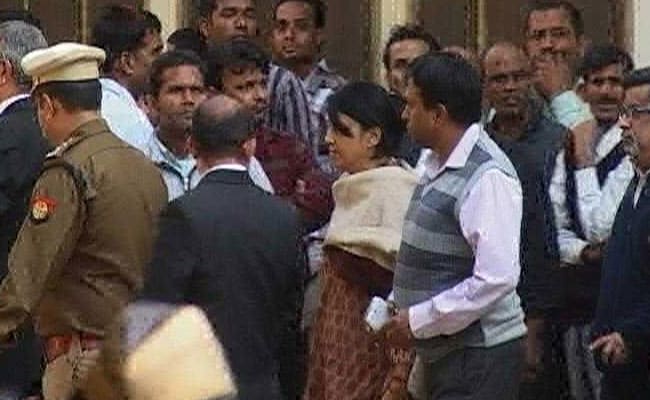 Rajesh and Nupur Talwar operated a dental clinic in prison, with patients "not only from jail" (file)

NEW DELHI: Rajesh and Nupur Talwar, cleared by the Allahabad High Court of charges of murdering their teen daughter Aarushi in 2008, were "happy and profoundly relieved", said their family, friends and officials of the Dasna jail, where they spent the last four years.

"They are happy and said they have got justice," said DR Maurya, the Jailor at Dasna in Ghaziabad near Delhi.

14-year-old Aarushi and the Talwars' domestic help Hemraj, were found dead in their home in Noida near Delhi. The Talwars were sentenced to life in prison in 2013.

The dentist couple went through "unimaginable hell" in the last eight years, said journalist Avirook Sen, who authored an investigative book on what is considered India's biggest whodunit.

In prison, they operated a dental clinic with patients "not only from jail", said a lawyer. The dental department at the jail hospital was revived by the couple. For policemen, it meant that prisoners didn't need to go out with heavy security cover anymore for dental treatment.

"God gave them strength to go through whatever they did," the lawyer said.

A close friend and neighbor of the Talwars, whose daughter was Aarushi's friend, said: "We were convinced they would be acquitted. My daughter wouldn't allow any other dentist to touch her teeth."

The High Court overruled a lower court verdict, giving the Talwars the benefit of doubt. There is "no irresistible conclusion" against the parents, the judges told a packed courtroom.

Promoted
Listen to the latest songs, only on JioSaavn.com
Aarushi was found with her throat slit in her bed, just days before she turned 14. At first, Hemraj, who was missing, was the main suspect, but the next day, his body was found on the roof of the apartment building where the Talwars lived.

Rajesh Talwar was arrested seven days after the murder and spent two months in jail before getting bail. Both Rajesh and his wife, Nupur, have been in jail since November 2013.