The poll song, set to catchy bhangra beats, outlines the party's poll promises of better education, reduced electricity, and water bills, and round-the-clock electricity for farming among other things. 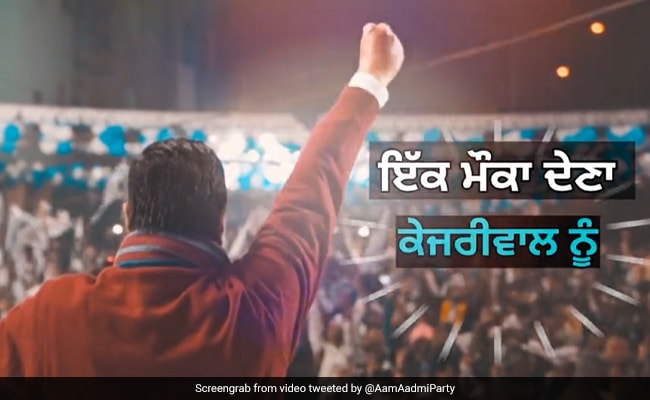 The lyrics are almost an extension of the party's Punjab manifesto

With less than a month before Punjab goes to the polls, Aam Aadmi Party, looking to siege power for the first time in the state, today launched its campaign song - "ik mauka AAP nu (give one chance to AAP)" - online.

The poll song, set to catchy bhangra beats, outlines the party's poll promises of better education, reduced electricity, and water bills, and round-the-clock electricity for farming among other things.

OUR CAMPAIGN SONG FOR #PUNJABELECTIONS IS HERE!

The video opens with a shot of "School for Excellence" - the party leadership has extended its support to protesting teachers of the state and assured their grievances will be heard and problems solved if the party is voted to power. It has also vowed to improve education and schools in the state.

The lyrics are almost an extension of the party's Punjab manifesto as it describes AAP as an "ordinary party doing extraordinary work". It takes a dig at its "beimaan (dishonest)" rivals as the video cuts to photos of Sukhbir Singh Badal, Charanjit Singh Channi, and Amarinder Singh.

The party also promises to stop corruption in the state as it vows to remove not just the sand mafia but all kinds of mafia from Punjab and put an end to the menace of drugs.

Like in their manifesto, AAP also pledges to create employment for the youth who will then "no longer have to move to different countries, and be under debt for loans to move there". The party will create ample opportunities for them in the state and they "will not have to go away from their parents".

Punjab will vote on February 20 to elect 117 members to the state Assembly. Votes will be counted on March 10.